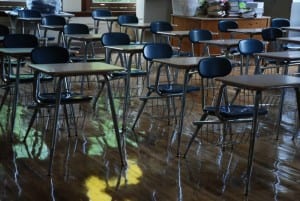 All over the United States, colleges and high schools are throwing open their doors and students are beginning yet another academic year. With this annual ritual comes the flood of syllabi, the signatures on honor codes and the usual strong warnings against cheating, in particular against plagiarism.

But many schools have plagiarism policies that are decades old, some written not just before widespread plagiarism detection tools became available but before the modern web itself. Even those who have updated their policies often still hold onto approaches and training that aren’t always relevant in 2015.

The truth is that plagiarism has changed a great deal, even just over the past few years and, with a new school year, comes a great opportunity to reevaluate how we’re handling plagiarism in the classroom and what we can do better to prevent it. 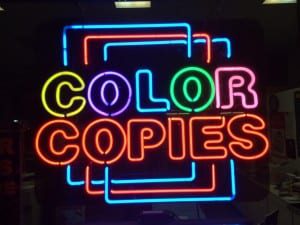 The Internet, without a doubt, has made it easier than ever to plagiarize. However, for plagiarists, the Internet has proved to be a double-edged sword as it’s also made plagiarism detection much easier, especially with powerful tools like Turnitin, which is widely used by schools and universities to not only check for duplicate content, but also provide grading and feedback to students.

This has led to something of a technological arms race. As plagiarism detection improved, students began to develop sneaky tricks to try and circumvent the tools. However, those tricks were inevitably blocked leading to still new solutions to avoid having to write the paper.

The problem with this cat and mouse game was that it viewed plagiarism solely through the lens of cheating. While plagiarism is often a form of cheating, sometimes it is just a mistake or born from a lack of understanding. But as more and more unintentional plagiarists were treated as hardcore cheaters, a climate of fear began to emerge, one that impacted ethical and unethical students almost equally.

This climate of fear actively discouraged students from talking to their teachers about attribution, preventing needed conversations about when and how to attribute something. Meanwhile, those seeking to take unethical shortcuts have turned to other tools. While essay mills are popular they aren’t a huge worry yet due to their poor quality work, but fellow students can be.

Collusion, for example, takes a variety of forms ranging from students writing papers for their peers to writing tutors and support groups getting more “hands on” with the final product, blurring the line between author and editor. Any form for collusion is, almost certainly, going to be difficult to detect using technology.

We saw this kind of collusion in a major way at Harvard in 2013, when over a dozen students were forced to leave the school after unethically colluding on a take home exam. All totaled, over 125 students were investigated by the time the process finished.

When it’s all said and done, the fight against plagiarism has gotten much more complex in the past decade and, while technologies and strong policies against cheating still play an important role, there’s a need for more nuance and greater focus on prevention.

This can be done in at least three different ways.

To be fair, it’s not practical that all assignments be plagiarism-resistant. It’s not possible because it requires more work from instructors, most of whom are already overworked due to large class sizes the pressures of being a teacher.

So this pushes education to the forefront of the discussion. Without proper education on attribution, many students will always be unsure how to incorporate other works into their writing. There needs to not only be good instruction, but open conversation about what is and is not plagiarism.

To that end, technology can be a very valuable tool. Letting students see what is copied and where mistakes and attribution were made can help teach them to avoid plagiarism in the future. However, given the recent controversy over WriteCheck, a service that allows students to check their work for plagiarism, it’s clear that some teachers view technology as a tool to catch cheaters and nothing more.

That’s unfortunate because students who never learn to attribute their work correctly will inevitably plagiarize. Not because they seek to cheat or take shortcuts, but because they simply don’t know better.

A modern plagiarism strategy for a school needs to focus on four key areas:

The goal of this strategy is simple. Reduce the number of cases of plagiarism by first educating on the topic and then making it as difficult as practical to plagiarize. If you do that well, the plagiarists you are left with are almost certainly actual cheaters, not just students making a mistake. That gives you the power to apply a fair policy that will deal with the issue that remains in a decisive manner that reduces the amount of dispute over fairness.

After all, if you’ve done everything you can to prevent plagiarism and have a thorough policy on how punishments are applied, there’s a lot less room for argument about the results. This makes the remaining cases much easier to handle and, hopefully, much more fair to all students.

When it comes to plagiarism policies, the problem is that many schools are still taking a very one-dimensional approach. That approach focuses on catching cheaters rather than looking at the complete picture that surrounds plagiarism.

Unfortunately, when you view an issue like plagiarism as black-or-white, you inevitably end up missing out on a lot of detail and start coloring some cases inappropriately.

Rather than trying the same strategy over and over again, the time has come for schools to focus on the issue more broadly. A good plagiarism strategy not only reduces cheating, but also makes better students and better researchers.

Sadly, that’s not something that can come from a system that is solely designed to catch cheaters.