Ashley Madison, to put it modestly, is a site with a bad reputation.

It starts out by being a dating site catering to those looking for extramarital affairs and then only gets worse as its a site that asked users to pay to have their accounts fully deleted.

A site like that is bound to have its enemies and, in July, some of those enemies struck. Unknown hackers identifying themselves as “Impact Team” broke into the site and downloaded gigabytes of user data and other private details about the company.

They initially leaked a small portion of the data and demanded that Ashley Madison’s parent company, Avid Life Media (ALM), cease operations or that they would leak the full data. Ashley Madison, however, struck back and used the Digital Millennium Copyright Act (DMCA) to remove the initial leaked data.

Now, exactly one month later, he hackers have followed through on their threats and released over 37 million user records posted by publishing them on a TOR site.

This time around it is unlikely that the DMCA will do much good. Not only has the raw data been published to countless sites, including BitTorrent sites, but countless other sites have been set up to parse the data and let users search for their name or email address.

To be clear, this hasn’t stopped ALM from trying, they’ve filed countless DMCA notices, even targeting journalists tweeting about the leak. Though they’ve shuttered some of the sites that have sprung up, many more remain.

But while the Internet seems to be experiencing some schadenfreude watching Ashley Madison and its users suffering from the leak, even though at least some non-cheaters seem to be at risk of having their lives ruined and at least two suicides have been identified as possibly related to the leak, the ongoing fight over the Ashley Madison data is a sign of the intellectual property struggles that are yet to come.

After all, intellectual property isn’t just about copyright, it’s about all of the data that we create and want to protect. 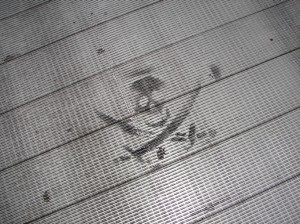 Think of it this way. On the Internet, everything is 0s and 1s. Some of those bytes are protected by trademark, some by copyright and others by patent. However, many of those bytes are covered under other areas of law, such as privacy and libel.

Yet all of these bytes move the same way around the Internet. Whether it’s a doxxing report, a pirated film or an email, all data on the Web moves in the exact same way. In the case of the Ashley Madison hack, it means that the personal data travels in a way very similar to a pirated Hollywood blockbuster, making rounds on BitTorrent sites, including The Pirate Bay, and even having on demand access provided by database searching sites similar to the way many films are “streamed”.

The reason is because this private data is intangible property, the same as everything else on the Web. While it might not be intellectual property because it doesn’t fit one of the main three types, it shares a great deal in common with all them. After all, intellectual property, including copyright, patent and trademark, are all a subset of intangible property, or things that we own (either literally or figuratively) but can’t touch or hold.

You might not have created your medical records, your personal information or financial statements, but they are definitely things you attach a level of ownership to and they are works of intangible property online.

Still, on the Web, these things are just as easy to share and spread as the latest Beyonce single, provided there is enough interest in them. Unfortunately for 37 million people, there are is a lot of interest in their private data and that interest will likely ruin or at least severely damage a lot of lives.

One of the recurring arguments against intellectual property, in particular copyright, is that copying and sharing it doesn’t deprive the creator of their work. After all, the file sharer doesn’t want to take your movie away from you, they just want a copy.

But if you apply the same logic to intangible property, the argument changes tone. If a company began to collect medical and financial records without permission and responded, “We don’t want to own your records, we just want to own a copy of them,” privacy advocates would, understandably, be up in arms.

Many will protest this comparison saying that its unfair to contrast a hit song to personal information but all intangible property gets its value from the same place, the ability to control access to it and deliver it to the correct people.

Whether you’re a movie studio trying to limit access to film to paying customers or an everyday person trying to limit access to their financial records to banks and creditors, you’re in largely the same boat. Fortunately, there’s lot more interest in a major motion picture than a random person’s bank records, but, as we’ve seen with the Ashley Madison hack, the “Fappening” and the Snapchat leak, that can change in an instant.

And when it does, the tools used to trade in pirated content perform double duty. That’s because, on the Internet, as we said above, everything is 0s and 1s and a service that’s really good at sharing one type of 0s and 1s will be very good at sharing any other.

How many people are in danger of having their lives ruined by the Ashley Madison hacked data, largely being distributed on The Pirate Bay, when they themselves supported and used the site previously? How many will realize that they, unwittingly and in a very small way, helped support the distribution of their own private data by helping to grow that site?

The result is that the Ashley Madison hack isn’t just a peek into the world of adultery, but into the world of intangible property and how it is treated online, regardless of who created it and who it hurts to share.

What the Ashley Madison hack, the “Fappening” and other recent stories have shown is that it isn’t just copyright the Internet doesn’t care about. If something is interesting or desirable, copies of it will be distributed online with no hope of controlling it, regardless of whether it’s copyrighted, private, hurtful or all of the above.

Because even if you are not a content creator and in no way make your living on works protected by intellectual property, you undoubtedly have intangible property that you do wish to control and that you do have an interest in protecting.

Sadly, as we’ve seen time and again, you don’t have to be a Hollywood studio to have your intangible property copied and shared widely online, often with terrible consequences.

If the interest is there, the Web will copy it.