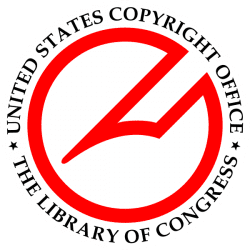 On July 31, 2014, the U.S. Copyright Office launched a redesign of its website, located at copyright.gov.

It’s the first complete overhaul for the site since 2002 (only minor color and style changes) and the first major upgrade to the site’s function since 2007, when it added its electronic copyright office system for accepting registrations online.

All in all, it represents a long-overdue major change to the site that should help casual surfers, even if it briefly throws off those who depend on the site heavily.

You can see the two layouts in the screenshots below with the old one on the left, taken from the USCO’s archive of the previous layout and the one on the right is the current layout.. 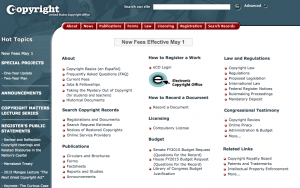 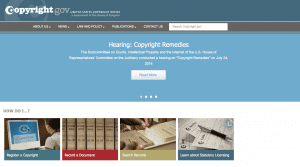 The new layout certainly has a more modern feel to it. It includes a slider of current information, similar to the one on this site, images to represent key functions and a more modern menu with dropdown and a generally more up-to-date and less-cluttered appearance. The layout is also responsive and works well on mobile devices.

That being said, those who were familiar and reliant on the old layout will probably need to make some adjustments. Also, the layout isn’t present on every page of the site. The Electronic Copyright Office system still looks the same and many pages in the bowels of the site, such as the directory for DMCA agents, still currently features the old layout. However, other than the ECO system, most are likely to be updated with time.

To me personally, the layout still feels incomplete, especially on the home page. The slider, for example, should have images but has only text and there is clearly room for five blocks under “How Do I…?” but only four are presented, leaving a strange patch of white space. But these problems can be trivially fixed and likely will be fixed as the USCO hones the layout.

All in all, the new layout is a definite step forward for the U.S. Copyright Office. It’s old layout was already dated when it appeared in 2002 and didn’t age well. Similarly, this layout is already a bit behind the times already but it is more than modern enough to be familiar to most Web users, including those turning to the Copyright Office for answers.