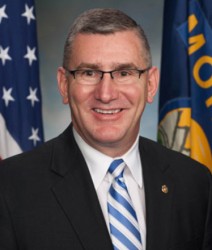 Update 7/26/14: The Army War College has announced that it has opened an investigation into senator Walsh’s thesis, the first meeting is expected to take place no earlier than August 15.

Senator John Walsh, already behind in his bid for reelection, suffered another setback in his campaign, and possibly his political career, when Jonathan Martin at the New York Times accused Senator Walsh of plagiarizing his master’s thesis. He then backed up his accusations with a marked up version of Senator Walsh’s thesis, with the plagiarized passages highlighted in two different colors.

Senator Walsh is not the first politician in recent memory to have been caught plagiarizing. Late last year, Senator Rand Paul was accused of plagiarism in two of his speeches, a book and an op-ed and Vice President Joe Biden faced plagiarism allegations both in 2008 and 1987. The 2008 election also saw allegations be hurled at now-President Barack Obama and his opponent John McCain.

But while plagiarism scandals routinely end political careers in Germany, in the U.S., such scandals are usually more than recoverable, so much so that the Washington Post recently called it a “Petty political crime.” However, for Walsh, the implications of the scandal are much more dire. His campaign is already embattled, behind in polls and funding, and the plagiarism scandal gives his opponents an opening to attack Senator Walsh’s record.

It could easily be the end of Senator Walsh’s political career.

But in addition to the issues it raises for Senator Walsh, the scandal raises other, possibly more important issues about the ways in which degrees, in particular higher degrees, are awarded and the roles those degrees play in how we choose our political leaders.

The Basics of the Senator John Walsh Plagiarism Scandal 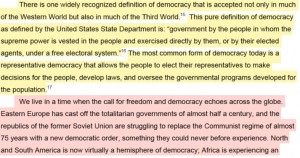 Senator John Walsh is currently the Junior Senator for the state of Montana. He was appointed to the position in February of 2014 after Senator Max Baucus, also of Montana, was appointed the Ambassador to China. Before his appointment, Senator Walsh was the Lieutenant Governor of the state, having taken off in 2013. Prior to that, he had a career in the military where he served as a Colonel in the Army and the adjunct general for the Montana National Guard.

It was near the end of his military career that Senator Walsh attended the United States Army War College to work on his masters degree in strategic studies. As a final hurdle to obtaining his degree, Senator Walsh penned a 20-page thesis entitled, “The Case for Democracy as a Long-Term National Strategy”. The thesis was accepted and, in 2007, at age 46, Senator Walsh received the degree.

However, according to The New York Times, much of the content in that thesis was not original. Over 25% of it, including the key recommendations and much of the conclusions, were verbatim or near-verbatim plagiarism from other sources that were not cited at all in the paper. Most of the remainder was content that where the sources were cited, but it was not indicated Senator Walsh was quoting from the text directly.

All totaled, according to an analysis performed using iThenticate, less than a quarter of the paper was original.

Senator Walsh, for his part, is not denying the allegations. However, he is saying that he was under treatment for PTSD during the time he wrote the thesis and that his judgment was impaired.

As for, the War College, it has said it is opening up an investigation into the matter and plans on running the paper through an online plagiarism checker to try and replicate the results. They added they will not treat him different than any other student.

Still, for Senator Walsh, his more immediate concern is not his degree, but his political campaign, which is looking very dire.

Comparisons to the Joe Biden Scandal

Of all the U.S. plagiarism scandals, the most natural comparison is the Vice President Joe Biden scandal from 1987.

At the time, Vice President Biden was running for President, specifically, he was seeking the Democratic Party nomination. He was already struggling in the race when it was discovered that, in 1965, he had used five pages from a law review article without attribution in a 15-page paper he submitted in the course of earning his law degree at Syracuse University College of Law.

Biden was caught while still a student and but was allowed to continue his studies and eventually graduate.

However, the scandal sank Vice President Biden’s attempt at achieving the Presidency that year, delivering what was widely seen as a final blow to his campaign.

Still, the scandal didn’t ruin Vice President Biden’s political career, as his current title indicates. In 1990 he won re-election to the Senate with more than 60% of the vote and, as most know, he was nominated to be President Barack Obama’s Vice President in 2008, an election he and President Obama won.

The parallels are fairly clear, but they include three key points:

However, the big difference is the position that the candidates were in at the time the plagiarism scandal broke. Vice President Biden was first elected to the Senate in 1972. Senator Walsh, on the other hand, was nominated to his post just last year. Also, Vice President Biden was running for a new office while Senator Walsh was running for re-election of the only office that he has held so far.

However, Senator Walsh’s political future may be the least of the problems raised by his scandal.