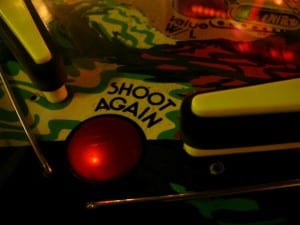 As many of you likely noticed, I was absent from Plagiarism Today for much of the past two weeks. The reason is because I was speaking at the European Medical Writers Association conference in Budapest, Hungary, where I not only spent four days at the event it self, but nearly a week more exploring the wonderful city it was held in.

Needless to say, I had a great time and I’ll be posting a lot more on personal channels later. But copyright news waits for no one and a lot went down while I was gone.

Normally, when I resume the 3 Count column after a period of time away, I just simply start back up and skip what I missed. However, given the importance of the news that happened while I was gone, I wanted to take some time before returning to our regularly scheduled programming on Tuesday (after Memorial Day in the U.S.) to talk about what happened and my thoughts on it.

So, instead of a normal 3 Count, here’s a special one about the three big stories that happened while I was gone and what my thoughts on them are.

What Happened: Oracle, the owners of the JAVA programming language, are suing Google over its Android mobile operating system.

According to Oracle, Google wrote its own version of the JAVA language for Android but, to make it so that existing JAVA applications would work in Android without too much effort, copied the application programming interfaces (APIs), which are the instructions by which programs interact with the language.

Oracle sued claiming copyright infringement but a lower court ruled that the APIs do not qualify for copyright protection, not reaching the standard for copyrightability. However, the Federal Circuit Court of Appeals overturned that ruling and send the case back to the lower court for additional analysis.

Thoughts: This is not the end of this case by a long shot. The ruling sends the matter back to the lower court to look at fair use and other more complicated issues.

Much of the talk about how horrible this ruling has been has centered around on the the idea that companies could use the copyrightability of APIs to limit or restrict development for those platforms. However, that seems unlikely for a number of reasons.

First, this case deals with the verbatim copying of APIs to reproduce a programming language, not a developer merely writing an app in the language. Even if APIs are held to be copyrightable, it’s unlikely developing for them would use the API in a way that would be infringing. However, even if it were, by making the APIs public, one could easily argue that there is an implied license to develop for them, one that would only be bound by the terms of use of the API.

Still, Oracle has by no means won this case. Fair use and other serious issues remain ahead and there is always the possibility of a Supreme Court challenge on the issue of copyrightability and APIs. It’s still very likely that Google didn’t infringe, just not for the reasons the lower court originally said.

What Happened: The Supreme Court also ruled this week, this time on the “Raging Bull” case by allowing the controversial lawsuit to move forward despite what is widely seen as an excessive delay by the plaintiff.

The case centers around the 1980 film staring Robert DeNiro. MGM, the studio behind the film, is being sued by Paula Petrella, the daughter of the boxer who collaborated with Jake LaMotta to write the screenplay for the film.

Though Petrella’s father died in 1981, she didn’t discuss openly her copyright concerns until 1997 and then waited until 2009 to file a lawsuit. MGM sought to have the lawsuit scrapped on the grounds that the excessive delay was a violation of the doctrine of laches, which forbids plaintiffs from waiting excessive amounts of time to file a lawsuit to put the defendant at a disadvantage.

Though the lower courts ruled against Petrella, the Supreme Court ruled 6-3 in her favor, allowing the lawsuit to move forward. However, due to the statute of limitations with copyright, she, if successful, will only be able to claim damages over uses of the film since 2006.

Thoughts: This is a fairly unusual case. It’s very rare for a plaintiff to wait decades before filing a copyright infringement lawsuit when they are clearly aware of the infringement.

While it’s important because it is a Supreme Court ruling, it’s not a ruling that will have a lot of bearing in 99.99% of copyright infringement cases, though the recent one filed against Led Zepplin certainly could be impacted.

While the ruling does open the door to new lawsuits over older alleged infringements, the statute of limitations on copyright infringement will greatly limit the damages of those lawsuits if they are successful.

In short, if you think you’ve been infringed and wish to file a lawsuit, this lawsuit doesn’t give you any good reason to delay.

What Happened: Vimeo, the popular video sharing site, announced that it will be implementing its own copyright matching system, which aims to automatically bring down infringing videos from the service, without action from copyright holders.

The service is similar to ContentID, which has long been used by Vimeo’s chief competitor, YouTube, for filtering out copyrighted works. However, unlike ContentID, which removes or takes action against the video with little input, Vimeo’s system will give users the choice of removing the infringing material, possibly replacing it with licensed music in Vimeo’s own library, or filing an appeal.

Vimeo also said it will respect fair use in its appeals process, something YouTube has been heavily criticized for. Also, Vimeo has said it will not share match information with copyright holders unless it is necessary as part of the appeal. The program was created in a partnership with Audible Magic.

Thoughts: Vimeo has long been seen as an alternative to YouTube for videos that get stricken down by ContentID. If a music video or clip is constantly being taken down at YouTube, it has often been able to be found at Vimeo, where copyright holders were either unaware or had not bothered filing a takedown notice.

Those days, however, are likely gone. However, it seems that Vimeo is striving to learn from the missteps and challenges YouTube has faced with its content matching system and not repeat the same pitfalls. Whether they will be successful or not remains to be seen.

Though Vimeo claims that the reason for the transition is because of their rapid growth, that is likely only one factor. YouTube began using ContentID in part as a means of managing a tidal wave of takedown notices, but also as a way to ensure that YouTube didn’t become a haven for illegally uploaded movie clips and music videos.

In short, YouTube made the move as a means to make its site a fertile ground for original content and, despite the challenges ContentID has faced, it’s largely succeeded. Now Vimeo is facing the same crisis of conscious and is making the same decision.

All in all, it was a busy time while I was gone and I feel like I had a lot to catch up on when I got back. The Oracle ruling was especially frustrating as it was announced while I was in a hollow tube flying over the Atlantic Ocean and waiting on my when I finally opened my laptop in the hotel room.

Of course, there were many other stories that I missed and didn’t discuss here. If I had been on a normal 3 Count pattern, I would have done at least 24 different copyright stories but these seem to be among the three major ones to happen while I was away.

So, on that note, I’ll return you to your regularly scheduled 3 Count starting on Tuesday and, in the meantime, wish those of you in the U.S. a happy Memorial Day weekend and beg for your patience as I struggle to get caught up on other things, namely email and client work.