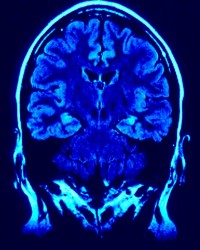 Plagiarism is an ethical misstep in any creative or academic field. However, it is also a field of academic study unto itself and is the subject of studies, research articles and more.

Researchers are constantly probing the issue of plagiarism to try and find what the boundaries of plagiarism are, work to reduce the problem and find ways to detect issues that do arise. These are not easy tasks and many of the best minds on plagiarism will be meeting next month at the 6th International Integrity and Plagiarism Conference to discuss many of these issues.

But plagiarism, like any other area of academic research, has taboo subjects which are difficult to talk about or bring up. These subjects become taboos for different reasons, but the commonality between them is that they are all divisive subjects in some way and the heated disagreements over them make them difficult and uncomfortable to raise.

Still, just like any other area of academic study, it’s important to address those taboos and talk about them openly. If we can’t at least acknowledge the difficulties we have talking about these issues, we will find it impossible to actually deal with them.

So, with that in mind, I’ve decided to do a short series on some of the taboo topics those in the plagiarism field encounter. My goal isn’t to state my opinions on these subjects, but to merely say what they are and why they are as controversial as they are.

Today we begin the series with one of the most controversial topics in plagiarism: Cryptomnesia, the idea that you can be a plagiarist and not even realize it.

The Merriam-Webster dictionary defines cryptomnesia as “The appearance in consciousness of memory images which are not recognized as such but which appear as original creations.”

The basic idea is simple. An author or artist working on a piece remembers something that they have seen or read previously but they fail to recognize it as a memory and instead believe it to be an original thought or idea.

There have been many cases of plagiarism attributed to cryptomnesia. The most famous being Helen Keller. When she was eleven, Keller wrote a story entitled The Frost King, which was published in the school’s magazine and picked up by local newspapers. However, as the story got broader attention, others began to realize that it was a retelling of another story, The Frost Fairies, which was written by Margret Canby.

Keller said that she had no memory of having read or been read the book. However, a copy of it was discovered at a friend’s house who acknowledged to having read it to Keller when she stayed there.

Another commonly-cited example of cryptomnesia involves former Beatle George Harrison and his song “My Sweet Lord”, which bore an uncanny resemblance to the song “He’s So Fine”, which was performed by the Chiffons.

Harrison admitted to having heard “He’s So Fine” but said he did not consciously try to make his song sound the same. Instead, he listed other artists as his inspiration. The dispute ended up becoming the subject of a copyright infringement lawsuit, which Harrison lost and was ordered to pay more than $1.5 million in earnings to BrightTunes, the owner of the original composition.

But while it’s anecdotes involving famous creators that made cryptomnesia a topic for public debate, it’s also one that has been deeply researched and was even a popular topic of discussion for Carl Jung.

With so much research and so many anecdotes about cryptomnesia, it would seem like it should be an approachable topic in plagiarism circles. Unfortunately, that isn’t always the case.

All of the research available on cryptomnesia points to it being a real phenomenon. Nearly everyone experiences partial cryptomnesia from time to time, remembering a piece of information but forgetting where they got it from.

For example, if you’ve ever told a joke to someone who first told it to you, you’ve experienced partial cryptomnesia. Though you didn’t believe you had created the joke, you still forgot where it came from and misattributed it.

Studies show that complete cryptomnesia is possible, though relatively rare compared to partial cryptomnesia. It’s even more rare in cases where a person remembers a work verbatim, such as what many plagiarists claim.

However remains a fairly controversial topic in academic circles and among plagiarism experts.

One reason is that cryptomnesia was not originally connected with plagiarism. Instead, it was used to rebut or explain past life regressions and other memories that might come up during hypnosis or other therapy.

The other issue is that, while it’s become well-studied in recent years, it’s still a fairly new field of research, one with barely 25 years of intense study.

But the bigger problem with cryptomnesia is that it’s simply so easy to fake. While it’s possible Helen Keller and George Harrison both were victims of cryptomnesia, there is no way to prove that they were.

Still, there’s no definite way to test and tell if a case of plagiarism is the result of cryptomnesia. Even as evidence mounts that it appears to be a real phenomenon and likely is the cause of at least a small percentage of plagiarism cases, it’s information that those who battle against plagiarism can’t do much with.

Many even worry that lending any credence to the idea of cryptomnesia could simply result in more people making claims to have been victimized by it in an attempt to avoid repercussions for actual plagiarism.

All of these problems make it a difficult to discuss cryptomnesia, even as the research indicates that it is a more and more important topic to talk about.

The reason cryptomnesia is important is because one of the toughest aspects of dealing with plagiarism is understanding why it happens. When one talks to plagiarists, the reasons they give often apply equally to others in the same positions and do little to clear up the mystery.

If cryptomnesia can account for even a small percent of plagiarism cases, then that could be a fairly significant breakthrough in understanding the causes of plagiarism. That could also lead to new pushes to improve note taking and memorization to reduce the problem in the classroom.

It also would be another boost to the idea of letting students and authors check their own work with plagiarism detection services, to enable them to find any suspicious passages and deal with them before they submit the work.

Even if the number of cases is very few, any reduction in the amount of plagiarism, especially accidental plagiarism, is a huge step forward.

True cryptomnesia probably likely plays a role in only a very tiny number of plagiarism cases. However, research indicates that the number may be higher than we previously thought, especially under certain circumstances such as an absence of context.

The reluctance by many to discuss it seriously has been a hindrance in understanding how it impacts plagiarism and the potential for reducing plagiarism by reducing cryptomnesia.

The main thing is that, as research continues to show that that it cryptomnesia is a real phenomenon, it’s something that is becoming harder and harder to ignore.

Cryptomnesia is a topic the plagiarism community is going to be forced to address, whether it is ready to or not.