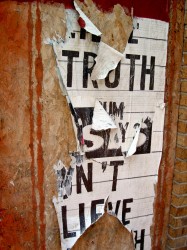 I’ve dealt with a lot of plagiarists over the years.

Not only have I battled over 700 plagiarists of my own writing, but I’ve helped 100s of others deal with incidents of plagiarism including academic, literary, photography and much more.

It seems that the only thread that has remained constant through all of it is the act of one person copying the work of another and claiming it as their own. After all, no two cases of plagiarism have ever been exactly alike. Even two people taking the same work for the same use often do so for drastically different reasons or respond in different ways when caught.

Still, over the years, there are a few common themes I have noticed. While these are very broad strokes, they may provide at least some insight into why people plagiarize and how to prevent them from doing so.

Simply put, when dealing with a field as poorly-understood and poorly-researched as plagiarism, any insight may be useful.

1. No One Knows Why People Plagiarize (Including Plagiarists)

However, no one really knows why plagiarists choose to take credit for the work of others, at least not in a way that passes the “Jailbreak Problem”, meaning that it offers an explanation that is unique to the plagiarist and does not also encompass dozens, hundreds or thousands of others with the exact same issues.

While it’s easy to blame this on plagiarists making excuses or not wanting to answer for their personal failings, much of the confusion seems legitimate.

But this isn’t unique to plagiarism, everyone struggles to explain their personal failings, large and small, there’s no reason why plagiarism should be any different.

In all of the cases I’ve handled I’ve only seen one or two cases where I felt that the plagiarism was well-planned and thought out. Those cases focused more on what I would consider identity theft rather than traditional plagiarism.

Most plagiarists don’t start out with the intent of becoming a plagiarist. They seem to have an ethical lapse, often brought on by an external force, that then grows into a habit after not being caught and even being rewarded for plagiarism.

Few plagiarists start out with the intent to rip off a bunch of other works, but those who do are almost always honing in on one person that they want to be.

While some plagiarists are repentant after caught and never repeat their mistakes, one of the best indicators that someone is likely to plagiarize is that they’ve done it once before.

Part of this isn’t surprising. Someone who is plagiarizing routinely but hasn’t been caught is likely to continue doing so. The more surprising part is that they will often continue plagiarizing after being caught, only stopping for a short respite.

In some cases this behavior seems to border on a compulsion while other times it’s a plagiarist thinking that, this time, they’ve figured out how to get away with it.

Once a person has plagiarized once, it’s easier for them to do it again and again. While this isn’t a shock, it’s why repeat plagiarists are such a huge problem.

While it’s tempting to give into the stereotype of the plagiarist as being the lazy idiot who copies a Wikipedia article and turns it in as a class assignment with the links still blue, those cases are relatively rare outside of certain classrooms.

While laziness and a desire to take a shortcut, no matter how small, is often a factor, dismissing plagiarists as lazy misses other issues including pressure, tight deadlines, lack of comfort writing and lack of confidence in one’s work, all of which can play a role.

5. Plagiarists Don’t Expect to Get Caught

While it’s tough to predict how plagiarists will react when caught, it’s pretty safe to say that nearly all are surprised when they are.

On one hand, this is pure logic. No one will commit a misdeed that they expect to get caught and punished for. However, the fact that plagiarists believe this strongly enough to risk their academic careers, their jobs and the reputation on a shortcut says a lot about the nature of plagiarism itself.

After all, plagiarism checkers, including Google, have been around for many years and the news is constantly filled with stories about more and more plagiarists getting caught. Yet, despite the evidence, no plagiarist seems to believe it will happen to them.

The reasons for this are many, some don’t think their work will be read, others think it won’t be checked and still others think they’ve found a way to beat the tools that are out there. But time and time again, plagiarists are proved wrong and are shocked by the revelation.

When you break it down, plagiarism is like any other unsavory act that people do on a regular basis. Whether its padding on a resume, cheating on a spouse or lying to a friend, it’s a violation of a social norm that is often difficult to explain or understand.

However, it is still important that we try and not rush to stereotype those who do it. After all, every plagiarist has a different story on how they got started and what they did and by imagining plagiarism as a complex act with complex motivations, we may be able to do more to prevent it.

Thinking of plagiarists as two-dimensional caricatures to be shamed and ridiculed does nothing to understand why people choose to plagiarize in the first place.

So while the fight against plagiarism is a good fight, if we are going to get ahead of the issue and do more than just catch people after the fact, we have to understand why people choose to plagiarize before they hit “copy”.