When it was announced that The Beastie Boys and the startup company GoldieBlox were involved in a a lawsuit over the latter’s viral video, it sounded almost like a trope, or at the very least a story told a million times before.

The Beastie Boys, an established band with 25 years of history, a member of the “dinosaur” media, was suing a hip, young startup to prevent it from doing something awesome with their music simply because they weren’t getting paid.

However, The Beastie Boys released an open letter that they hoped would clear up the common perception. In it, they made it clear that not only had they not sued or threatened GolideBlox, but after simply inquiring about the use of their song, the company sued them proactively.

Following that revelation, the Internet has become considerably more divided, with many rallying behind the company and others rallying behind the band. But while most are debating the legal issues in the lawsuit, to me, another question is much more interesting, the question of how and why this became a lawsuit in the first place. 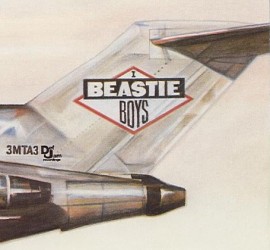 The facts of the case are fairly well known, though some are in dispute.

The video featured the music of The Beastie Boys Song “Girls” but with new lyrics. The original song, which itself was meant to be a parody of macho rap that was common at the time, contains misogynistic lyrics about desiring the female sex. The GoldieBlox lyrics, which are sung by little girls, offer a more positive message for girls.

According to The Beastie Boys, they reached out to GolideBlox to “simply ask how and why our song ‘Girls’ had been used in your ad without our permission.”

In response to that, on the 21st, GoldieBlox filed a lawsuit against The Beastie Boys, their label, publisher and others involved, seeking a declaratory judgment that the video was either non-infringing or a fair use.

That lawsuit, in turn sparked the media firestorm that has been raging since.

The merits of the case legally are interesting but it’s not something I can weigh too heavily on. Fair use, which is the core issue of the case, is notoriously fluid and difficult to predict. Opinions I’ve read on the subject range from that it was a clear fair use all the way to a clear infringement.

That is, however, typical of fair use cases that raise any kinds of difficult questions.

According to GoldieBlox, their use of the song was a parody and parody is one of the most protected kinds of speech under fair use. However, as Fleix Salmon at Reuters pointed out, Justice Souter, in the case of Campbell vs. Acuff-Rose Music, “The use of a copyrighted work to advertise a product, even in a parody, will be entitled to less indulgence”. This is true even more so than the sale of the parody itself.

But that doesn’t mean the use isn’t a fair use, as Andy Baio points out on his site, citing a case where a movie poster for the last “Naked Gun” movie parodied a famous photo Demi Moore and was found to be a fair use (see image above).

So while it’s tempting to say things like “It’s an ad so it’s an infringement” or “It’s a parody so it’s a fair use” neither of those statements are universally true and, until we get a ruling and all appeals are exhausted, we won’t know whether this is a fair use or not.

After all, commentators on the Web don’t decide what is or is not a fair use, that’s up to judges and/or juries.

But what’s bothered me about this case is not the legal issues, but rather, how this case came about.

Indeed, it was very predictable that there would be some response from The Beastie Boys. The band has a long-standing policy against using its music in commercials, which the GolideBlox video definitely is. That policy is so strong that the recently-deceased member Adam Yauch even put a clause in his will forbidding the use of his music in advertisements.

While fair use, by its very nature, doesn’t require permission, what GoldieBlox did seems to go well beyond the typical “use without permission” you see in most fair use cases. While I can’t hope to know the company’s true intentions, it comes across as a trap for The Beastie Boys.

Basically, they released a video that they knew the group would object to and, when the group said something, no matter how non-threatening, the company hit them with a previously-prepared lawsuit and turned to the media to draw attention to the band, painting them as copyright thugs who object to their music being used to empower girls.

The media, at least initially, fell into it and the company gained a lot of publicity because of the lawsuit. However, it’s a lawsuit that they themselves filed. This isn’t a case of The Streisand Effect, where an attempt to censor something backfires. There’s no indication that the band had sought to censor the video at all and, even now, they’ve not filed a DMCA takedown notice against the video, sent any formal cease and desist letter or taken any clear action against the video.

Whether or not GoldieBlox is within its legal rights, the copyright drama around this video is one completely of GoldieBlox’s design. Judging from the view count and the publicity, I would say it has gone exactly to plan.

In an interesting side note to the story, this isn’t the company’s first controversial viral video. Their previous effort, “GoldieBlox Breaks into Toys R Us” used Queen’s “We Are the Champions” but without the lyric change. If the use wasn’t licensed, it’s likely even more dubious from a copyright standpoint than the most recent one.

Also, in the article above, Felix Salmon also reports that GoldieBlox CEO Debbie Sterling was involved in another parody video, this one for charity, entitled “I Want a Goat“, which drew controversy for featuring impoverished children and families in India singing to a parody of Lonely Island’s “I’m on a Boat”.

While I’m among the first to stand up for anyone who is protecting their fair use rights, I find it difficult to sympathize with GoldieBlox in this case. Their behavior was extremely antagonistic in this case and the timing of the lawsuit indicates that they anticipated the possibility of being challenged and the fact they filed the suit so quickly, without even responding directly to the original letter, indicates it’s what they wanted.

GoldieBlox’s behavior, legal or not, was needlessly antagonistic and was, at least in part, an effort to secure positive press for themselves at the expense of The Beastie Boys. Unfortunately for them, by filing the lawsuit so quickly, they may have undermined their efforts and, to many, they’ve begun to look like the aggressors.

In the end, this isn’t going to just be a case for the court of law. The more important trial may be fought in the court of public opinion and, with that, there aren’t as many clear rules or guidelines.

No matter what though, this will be a case to study for a long, long time to come.