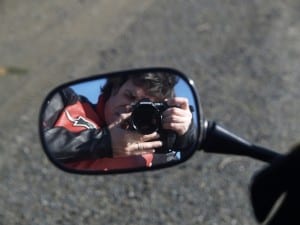 The photography industry, just like any creative industry, has always had a plagiarism problem.

Just like authors have lifted from each other to pad their portfolios, musicians have “borrowed” from their peers to write their songs and designers have copied one another’s work, photographers have also plagiarized from their colleagues.

However, in recent months, the issue has been getting a great deal of additional attention. In July, PetaPixel ran an excellent post about not lifting works from others and a Tumblr blog, Photo Stealers, has been busy drawing attention to photographers that take photos (and text) from others.

But plagiarism in photography, is also starting to move beyond the contents of the image and into other types of media. This has been highlighted by a pair of recent scandals have put the focus on the written word rather than photo.

First, Photo Stealers reported on Dough Gordon, a well-known and respected wedding photographer who routinely speaks at industry events. According to Photo Stealers, many blog posts on Gordon’s website were lifted from other sources as well as some of his marketing copy and material on his Facebook page. Gordon apologized for the incident, saying that it was done by people whom he had authorized to write posts on his behalf. He also took down the blog.

Second, another prominent wedding photographer, Jasmine Star, was outed as a plagiarist by the same site, having lifted text for several of her blog posts. Star apologized for her transgressions and, unlike Gordon, took the blame for them. However, Star also faced previous allegations including that she plagiarized tweets, which she also apologized for and that she plagiarized an image for a 2010 conference, though she claims to have not been involved in the production of the marketing material.

Due to the controversies Star and Gordon will not be speaking at the 2014 Wedding Portrait Photographers International (WPPI) conference, one of the industry’s premiere conferences.

However, the plagiarism problems aren’t likely to slow down for the photography industry. The same challenges that face other industries are staring down professional photographers as well and, unfortunately, plagiarism is likely to get a lot worse before it gets any better.

Photographers, like other types of creators, are facing a great deal of pressure to do more with less.

It’s no longer enough for a photographer to be good at their job and advertise themselves well. Most are expected to blog, maintain a regularly-updated photography site, participate in social media, write large amounts of marketing content and even create video/audio content.

This is especially daunting for new photographers, most of whom don’t have a huge archive of content, text, photo or otherwise, and are starting out with a blank slate.

But even for veteran photographers, such as Star and Gordon, it can be daunting as well. After all, not everyone who is good at photography is an expert writer or site designer. This puts them in a bind, either having to learn a new skill, hire someone else to do it or, as some have chosen, copy and paste unethically.

But even if you hire someone to do it, there is no guarantee that they will be honest (as Gordon claims to have discovered). After all, most freelance experts are not photography experts and will have to lean on outside research to do the job. The only hope is that they use and cite that research appropriately.

Still, the big problem is that we’re seeing increased competition in the photography field and that is forcing photographers to do more with less. As we’ve seen in other fields, from journalism to scientific research, the more pressure you put on creators to perform, especially in areas they are not comfortable in, the more likely they are going to turn to plagiarism and other unethical behavior.

Since the pressure isn’t going away, neither is the plagiarism, it’s really that simple.

Fortunately for photographers, there is a lot that they can do to deal with the issue and brace themselves for the likelihood of increased plagiarism:

However, the greatest asset the photography community has is the community itself. Not only are efforts such as Photo Stealers helping to draw attention to plagiarism in the photography community, but the relatively close-knit nature of the industry makes it easier to spread the word about misdeeds and ensure that those who operate in less-than-ethical ways are denied the chance to progress in the industry.

Seeing the community rally against plagiarism, such as the petition to prevent Star and Gordon from speaking at WPPI are powerful tools.

However, outrage against plagiarism is not an infinite resource in a community and not every case is going to get the attention of the Star’s and Gordon’s. Still, these cases do set an example and can help steer others away from unethical behavior on their sites.

The sad truth is this: Photographers are in a difficult position.

Misuse of their works is already widespread on the Internet with bloggers and designers treating Google Image Search as a stock photography library. That has been frustrating enough and erodes at least some of the sales and licensing market for images.

However, now the new threat seems to be, increasingly, from within the community. As more photographers enter the market, everyone has to do more to stay ahead of the competition. Unfortunately, that pressure to do more causes many to make bad decisions.

While plagiarism in photography definitely existed before this trend, the problem is, most likely, only going to get worse from here and, increasingly, the problem is going to be from both outside the community and within.

This will b a great challenge for the photography community but, so far, it’s handled the issues well. If it can continue to do so, the impacts won’t be eliminated, but they can be minimized.