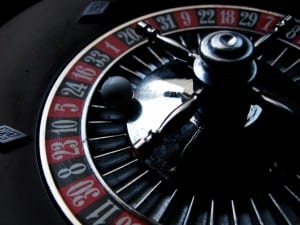 A recent ruling by the First Circuit Court of Appeals has upheld a a $675,000 judgment against file sharer Joel Tenenbaum. The ruling, which was first handed down by a jury in 2009, has been upheld before and even the Supreme Court had previously refused to hear his appeal over the specific damage award.

However, Tenenbaum appealed again, this time on the grounds that, according to him, the damages were so high that they violated his due process rights though the First Circuit Court disagreed, saying that his case did not meet the standard. Still, it is likely that Tenenbaum will appeal the case yet again to the Supreme Court on the due process issue, meaning that this case is still not completely over.

Regardless, the story has produced headlines and confusion about the nature of the damages. Whether you agree or disagree with the amount awarded, it’s important to understand why that amount was chosen (or is even possible) and to do that we need to understand the basic idea of statutory damages and how they apply to copyright.

After all, these damages don’t just impact file sharers like Joel Tenenbaum, them impact a wide variety of infringements and copyright lawsuits, including many of the ones bloggers and other content creators might face.

The Basics of Statutory Damages

In 2009, I wrote a post explaining the differences between fines, which are sanctions handed down by the government for criminal infractions, and damages, which are civil sanctions that aim to repair harm suffered by a plaintiff.

Statutory damages are not exclusive to copyright law. For example, the Fair Debt Collection Practices Act, an act designed to protect consumers against overly-aggressive debt collection, has statutory damages of up to $1,000 for each violation.

This means, in Tenenbaum’s case, the damages awarded for the 30 songs in the lawsuit, $22,500 per song, did not even reach the maximum for a non-willful infringement, even though he was found to be a willful infringer.

However, judges and juries have a great deal of leeway when it comes to assigning statutory damages on copyright offenses. Another file sharer, Jammie Thomas-Rasset, famously went through three different trials on damages and, each time, was subject to a different judgment, ranging from $222,000 to $1.92 million.

But this raises a tough question: Why use statutory damages at all? The reasons are because there aren’t any better alternatives.

Why We Have Statutory Damages

The reason the law uses statutory damages is simple: In many case it is impossible to actually determine how much financial harm was incurred.

For example, if a person leaks a Hollywood movie before its release, what impact, if any, did it have on the money the movie brought in? It’s almost impossible to say and, though studies try to gauge the impact of infringement, there really isn’t much of a way to do it with certainty short of rolling back time, preventing the infringement and seeing what changes.

With copyright, the harm that an infringement does isn’t always clear. For people like Joel Tenenbaum, this is especially problematic. Though Tenenbaum argues that he should not be held liable for more than the costs of the albums, he wasn’t sued for downloading the files, but for sharing them.

While we may be able to know how many people downloaded all or part of the songs from him, it’s impossible to know how much that impact spread and, even with that, how much actual harm it did to the copyright holders.

The statutory damage system was set up in copyright law, as with other laws where it is present, either because it is impossible to determine or impossible to quantify the damages and, instead of wrangling over those details, it sets up a penalty range in the law that can be applied as judges or jurors see fit.

To be clear though, statutory damages are not merely to compensate for damages done, they are also designed to deter the behavior, meaning that it has to go at least somewhat beyond what the actual damages might have been.

Also, it’s worth noting that one does not have to go after statutory damages in a copyright lawsuit. If you can prove actual damages that are higher, you can certainly go after those instead. However, in most cases, statutory damages are preferable.

It’s worth noting that not all copyright infringements qualify for statutory damages.

If you want to be able to obtain statutory damages for infringements of your content, you’ll have to register it timely with the U.S. Copyright Office.

A registration is considered timely (PDF) if it is made within three months after publication of the work or prior to the infringement. Otherwise, only actual damages will be available and those can either be difficult to prove or so small as to not be worth suing over.

In short, if you’re thinking about filing lawsuits for copyright infringement, it’s worth your time to register your work timely.

In the end, statutory damages are not a perfect system and there’s a legitimate debate to be head about the amount of damages awarded and how those damages are determined. This is true in copyright and others areas of law.

But as long as the law covers areas like copyright where it’s impossible to put a definitive dollar amount on the damage, statutory damages are going to be a part of the law.

However, they aren’t always a part of the law when it comes to copyright. In most EU countries, statutory damages do not exist. However, in most of those countries, there are fewer barriers to filing a lawsuit and, in many countries, the court has the discretion to add addition penalties, almost without cap.