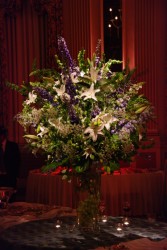 Imagine for a moment that you’re a repeat plagiarists and you’ve just been caught. Your whole world is crashing down, your career is most likely over and the life you knew won’t exist much longer.

Your only hope for salvaging anything of your reputation is an apology and it has to be a good one.

Fortunately for this imaginary version of you, this is a road well-tread by other serial plagiarists who built careers on plagiarism and then were called to apologize for their misdeeds. Unfortunately though, most of the ones that have come before are not exactly role models for how to apologize for plagiarism, or anything else.

With that in mind, I’m taking a look at some of the better-known plagiarists and analyzing/rating their apologies. Admittedly, this post is mostly in good fun and meant to be at least somewhat humorous but there is an underlying point to all of this: Apologies for plagiarism are rarely good apologies, if they qualify as apologies at all.

So lets start out by looking at three of journalism’s most famous plagiarists and how they said they were sorry.

(Note: I’m only looking at famous serial plagiarists for this, so no Fareed Zakaria, Margaret Wente, etc. Also, the scores are based very loosely on Elements of an Effective Apology by Marsha Wanger at Columbia University) 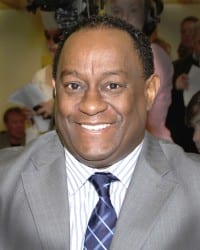 Of the people on this list Spence is easily the least well-known, unless you are from Canada.

Spence was the Director of Education of the Toronto District School Board, the nation’s largest school district, and wrote a variety of oped pieces for The Toronto Star, a major paper in Toronto, as part of his duties.

However, after plagiarism was observed in one of his columns, Spence apologized and offered to take steps to prevent future problems. Though he resisted calls for his resignation, after additional instances of plagiarism were uncovered, he resigned his post. All in all, the scandal lasted barely a week.

On January 5th, 2013, Spence published a statement apologizing for the plagiarism. The statement was before other instances of plagiarism were found and it apologizes profusely for his misdeeds noting that in “no less than five different instances” did he fail to give credit to others in that piece.

In the apology, Spence declines to provide excuses and then proceeds to provide several excuses. He also lays out steps he’s going to take to ensure it never happens again including correcting the record and enrolling himself in an ethics course.

All in all, the apology clocks in at about 500 words, approximately a quarter of the length of this article, and manages to say nothing about the majority of his plagiarism.

On one hand, Spence’s apology is actually fairly contrite. He apologizes and, despite slipping in his excuses, seems to be interested in genuinely clearing the record and making amends.

However, the apology is missing two key things.

First, though he says sorry to all of the people who trusted him and to The Toronto Star, he never once says sorry to the people he lifted from. Second, and more importantly, it doesn’t acknowledge that the article was not an isolated and, as would soon be discovered, part of a pattern of plagiarism.

Spence’s apology might have been decidedly average if he hadn’t conveniently omitted all of the other plagiarisms that weren’t covered in it. As it is, his apology is a transparent attempt to save his own skin and his job and, in that regard, it failed miserably. 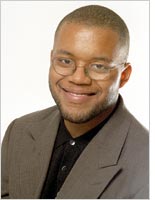 By now Blair’s story hardly needs repeating. He was a young journalist at the New York Times who was caught plagiarizing, fabricating and lying through much of his career.

When the scandal first hit, Blair virtually disappeared, even checking into a mental hospital for a time. His apology wouldn’t come until months later when, after being offered a six-figure advance, Blair published a book on his story.

Blair’s “apology” came primarily in book form (as well as TV interviews promoting the book). It is a 300-page behemoth that focuses largely on Blair’s time at the paper, going through everything from 9/11 to dubious details about the paper operated while Blair was there.

But just because a confession and apology was longer does not necessarily make it better.

Right off the bat one has to deduct a few points from all categories considering how handsomely Blair was paid to write his apology. It’s unclear if he would have said much of anything without the advance check dangling in front of him.

But even without that in mind, the apology is weak. I did a more thorough debunking previously but it should suffice to say that his apology not only ignore misdeeds from before his tenure at The Times, but also was nothing but excuses, blaming his problem on a substance abuse problem (and his recovery from it), psychological issues and disillusionment with the paper and journalism.

For the most part, Blair is a textbook example of how not to apologize. He makes excuses, tries to shift blame and works to put other people in a negative light rather than being honest about his misdeeds.

The only solace I have is that more recent interviews by Blair seem to indicate a healthier perspective on the ordeal and his actions. 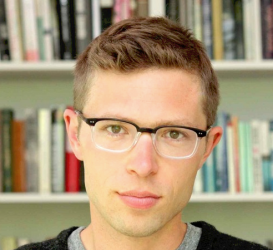 Jonah Lehrer is another plagiarist that needs no introduction. A well-known and well-respected science journalist, he wrote for a variety of top publications including Wired, The Boston Globe, The New York Times, The Wall Street Journal and, right before his scandal, had landed a full-time job at The New Yorker.

However, Lehrer was first found to have been recycling content from his previous stories, including across papers. That prompted further research, which found that he had fabricated a Bob Dylan quote and that, in turn led to his resignation and a virtual feeding frenzy that turned up a long trail of fabrication, plagiarism and self-plagiarism.

Like Jayson Blair, Lehrer went mostly silent after his scandal broke. Though, after his resignation, he famously said “The lies are over now”, he largely stayed out of the limelight until The Knight Foundation offered him $20,000 to speak at a conference they were hosting.

There, he gave a one-hour talk where he briefly explained what he did and went on to describe how he would work differently if he were allowed to write again, namely through the use of “Standard Operating Procedures” that involve outside help to check his work, and why he thinks what happened happened.

As with Blair, I did a more thorough debunking of Lehrer’s apology earlier. However, it should suffice to say that, beyond his introduction, he didn’t speak much about what he had done and, instead, compared himself to others who had made honest mistakes and even blamed his problems, in part, on his high IQ and his arrogance.

His apology came across as insincere and arrogant. His solution, the “Standard Operating Procedures”, seemed off target and like an attempt to shift the burden of his honesty onto someone else.

In short, Lehrer offered less of an apology and more of a sales pitch to get himself back into writing.

Lehrer’s attempt at an apology is one of the worst ever, possibly in the history of apologies. It missed every mark possible and, took every chance to shift blame/responsibility and even managed to insult the audience.

Lehrer had a unique opportunity to clear the air, apologize and share his experience with others in his field. Instead he blew it and forced The Knight Foundation to admit having him speak was a mistake.

Perhaps the worst part, however, is that Jonah Lehrer is working on another book and, according to several reports, the leaked book proposal contains evidence of plagiarism.

Even though it isn’t the most compelling evidence, the fact it’s there at all shows how little Lehrer has learned and grown.

When it’s all said and done, of these plagiarizing journalists, Spence was clearly the best and that is rather sad as his was a transparent attempt to save his job and actually hide the majority of his misdeeds.

While his apology might have been an attempt to bury a long history of plagiarism, at least it didn’t insult the audience or try to shift blame. Spence’s “victory” here isn’t a sign he wrote a good apology, but rather, that the others were just worse.

It seems there are no good examples here for how to write an apology letter. Maybe other areas of study will do better but this could actually be an insight in the mindset of a plagiarist.

After all, it says something interesting when you can’t apologize effectively for your misdeeds. An apology means anticipating how others feel and what they want from you, something none of these men did well.

It likely means nothing, but it is certainly food for thought.