In September 2006, the Internet was up at arms about Bitacle.

Bitacle billed itself as a blog search engine, similar to Technorati or Icerocket, which were the popular blog search services at the time. However, there was a key difference between Bitacle and those sites, namely that Bitacle, rather than linking to the original post, simply scraped the RSS feed and linked to their copy of it.

This method seemed to work well for Bitacle. The site rose to prominence in the search engines and even outranked many original sites for their own content.

This caused an outcry from bloggers, many of whom struggled to find a way to stop the site. It was a difficult problem as the site was operated by a Spanish company and hosted in Spain. At least one blogger quit her site and I was prompted to file a mammoth DMCA takedown with Google Adsense, which resulted in the site losing its advertising.

However, the lack of funding did not stop Bitacle’s scraping. The site continued for a while unchanged save being without ads but, sometime in november, the site went down and was relaunched as “Bitacle 2.0”. This time it was billed as a feed aggregator (similar to Google Reader) but one that still displayed the scarped feeds publicly.

But then new site never worked properly and, as the Internet Archives of the site show, was down more than it was up. In 2008 and 2009, it seems Bitacle was gone completely. Though it reemerged in 2010 as a redirect to another blog directory, one that has also since closed, Bitacle never really reemerged.

Today, if you visit the domain, it just points to a simple, static spam site that attempts to get you to play online poker. The domain has also changed ownership and is now owned by an individual in Costa Rica.

In short, though it’s death was long and excruciating to watch, Bitacle is dead. However, the lessons from it and its impact remain. 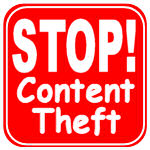 When Bitacle was at the forefront in 2006, scraping in general was at its pinnacle. Not only was it one of the most popular methods for spamming, but bloggers such as Lorelle VanFossen were working tirelessly to get the word out and support bloggers dealing with the issue.

The climate was just right at the time. Ad networks seemed willing to turn a blind eye to such “aggregation”, Google had not yet made a push to prevent content farming and there was a lot of legal uncertainty and confusion surrounding RSS scraping.

This helped lead to a boon in RSS scraping and Bitacle was, most likely, the height of the boldness by the scrapers. Not only did Bitacle claim to be legal, but it pitched itself as a legitimate startup and as a competitor to other, legal companies.

The public outcry, as hot as it got at times, didn’t get Bitacle to stop. It wasn’t until the ads were removed from the site that things began to fall apart. Whether this is coincidence or causal, it’s hard to say as Bitacle was never very open to the public and its previous owners appear to be long gone.

However, Bitcale still marked a turning point for sraping and splogging. It wasn’t long afterward Google took a bigger interesting in stopping that kind of scraping. Scraping became less effective and spammers started shifting (by in large) to other means of gaming Google.

Though there hasn’t been any major rulings involving RSS scraping, the cases that have come up have typically been settled in favor of the original creator, making the legal climate more hostile for scrapers.

While scraping and spamming remains a relevant threat today, no scrapers have been as bold nor as (initially) successful as Bitacle and it’s unlikely that they will be.

So for webmasters, in particular bloggers, what were the lessons of Bitacle?

for the most part, there were three:

The challenge, however, is that advertising networks haven’t changed drastically from the Bitacle era. Though Adsense responds to DMCA notices, there are more ad networks than ever and the increased competition means that infringing sites actually find it easier to open up revenue streams and keep them active.

In that regard, the greatest success in the Bitacle battle may be the biggest challenge in the fights that are to come.

Bitacle is dead and there likely won’t be another service like it. The climate is just too different as even the legitimate services Bitacle aimed to compete with are not nearly as relevant as they were in 2006. Blogging has changed as social networking and social news have risen in popularity.

With “Tumblr” a more popular search term than “blog”, it seems unlikely that a company like Bitacle would brave the current climate to scrape blogs en masse again. If the legal issues didn’t stop them, Google likely would and, if Google didn’t, it’s unclear there’s a huge growth market there (assuming that their advertising wasn’t cut).

This is why most scrapers around today are smaller, clearly-spammy operations that make no attempt at legitimacy. Quick to set up, quick to fold and move on.

Most likely, there won’t be another Bitacle and we can all be grateful for that, even if its replacements aren’t that much better.