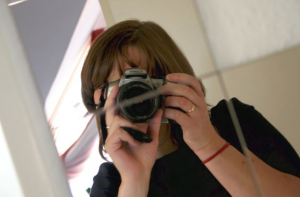 Every type of content creator faces serious challenges these days.

Writers are plagiarized, spammed and scraped constantly online while the fledgling eBook market faces serious piracy challenges. Filmmakers face obvious piracy issues and are having to depend heavily on box office revenues due to a shrinking DVD market. The music industry’s downfall is well-documented as piracy and a shift to digital has deeply cut into sales. Despite recent gains, music sales are still down considerably from just ten years ago.

No matter what copyright industry you look at, the Internet has provided both great opportunities and severe challenges.

However, the one type of artist that’s often widely overlooked is the one group that may have the biggest challenge (and opportunity) of all: Photographers

The challenge photographers face isn’t just one of piracy or people trying to get work for free. Online photography, and through extension nearly all visual art, have become, to many, almost disposable and merely transient. An artform where the artist and even the work itself are unimportant and, most likely, unknown.

To see the evidence of that, you need only open up your Facebook feed or look at what’s being shared on Pinterest.

The Copyright and Piracy Problem

The reason is that images are an appealing visual medium that, due to their relatively small file size, are easy to share. It’s much easier to share and distribute a photo than it is a movie or a song. A few mouse clicks or the right browser extension can copy an image on a site and shoot it out on a social network, a blog or anywhere else there’s an audience.

But for all of this widespread infringement, the tools for protecting images lag well behind other media. Though photos are generally easier to detect than movies, no photo sharing sites use hashes or other algorithms to prevent reuploading of infringing images, as YouTube does with videos, and the tools to track photos are just now catching up to the ones developed to protect other media. This is because photographers don’t have multi-million dollar studios behind them to push for the development of such technology and the business model just isn’t there to support the companies that might create these tools.

However, even without the protections, the sharing images in such a way wouldn’t be as commonplace if people felt about photos the way they do movies or songs. Though there is no shortage of people who pirate all of their media, there are many who would never dream about illegally downloading a movie or an album but also never think about the artists’ desires when sharing a photo on Facebook or posting it to their Tumblr.

Part of this is because sites make it trivial to share images but technology has played a role in the problem as well as it has forever changed how people think of photographs and other visual works.

The March of Technology

When photography first started, it was very difficult to create a photograph of any quality. As the technology improved, it got easier to use and the images got better. Soon, it became possible for consumers to take their own photos, albeit with assistance in developing them, but the gap between professional and amateur photographer was still pretty wide in terms of skill, equipment and quality.

Now, with the widespread use of cell phone cameras and inexpensive, but high-qualit digital cameras, the gap, at least to the layperson’s eyes, has largely closed. As important as professional photographers are, it can be very difficult for a non-photographer to quickly tell the difference between a photo snapped in a few seconds on an iPhone from a photo that took hours of work in a studio or preparation in the field.

Because of this simplicity, photographs have also become a key part of how people communicate online, especially with the rise of Facebook and Instagram. We no longer simply say we’re at breakfast, but we take photos of what we’re eating, who we’re with and where we are eating at.

This has the side effect of making photographs appear temporary and disposable, like text messages or Facebook status updates. They often appear have no real long term value, artistic or otherwise. For individuals, photos have gone from being a way to keep a treasured memory forever to being a way to share a fleeting moment.

With all of the talk about how piracy and streaming devalues music and movies, the photo has not only lost its monetary value, it’s lost the perception of artistic value. Where people at least know the name of the artist behind the songs they’re sharing or the names in the film they’re illegally streaming, they most likely have no idea who took the pictures they’re posting on Facebook or Tumblr.

The picture, once said to be worth a thousand words, is now barely worth a Facebook status update.

All of that being said, there is still a lot of good news out there for photographers.

The biggest is that, while sharing of images is commonplace and is routinely done without attribution or permission, the truth is that there is not and never really was a consumer market for purely digital photography. The market for professional photography has almost always been commercial in nature, with images used in publications, professional sites, advertisements, etc.

This means that, while all of this image sharing is frustrating to many photographers, it doesn’t likely harm them significantly from a business standpoint. This is why even Getty Images has declined to take significant action against non-commercial image sharing.

While consumers do buy photos, they typically purchase prints, not digital downloads. Those who buy digital downloads of images usually are looking to do something with them, whether its to use it on a commercial website or in a brochure.

What this means is that, while the widespread sharing of photos might be difficult for some photographers to watch, it could be a significant opportunity as well. If the attribution issue can be resolved, encouraging sharing by non-customers, meaning individuals with no commercial application for your images, can be a great way to reach people who will want to buy them.

Resolving the attribution issue is fairly simple if a photographer is willing to make sure that none of their photos are posted online without a watermark. While many understandably oppose watermarks because they alter the image in an unpleasant way, a photo shared without attribution does little good to the person who took it.

It’s worth thinking about if it’s really worth not placing a reasonable watermark on your images knowing that most of the people who see it will likely never know your name.

In the end, the challenge that is before photographers is this:

The march of technology, but in distribution and photography itself, has made the photograph, in the eyes of the average Internet user, all-but completely disposable and anonymous. However, with this comes an interesting opportunity to use the sharing, done by an audience of non-customers, to grow your name and reach the people who would buy your images. Is embracing this opportunity worth the risk and, if not, how does one try to change public perception?

This is a tough question without any easy answers. Will the open attitudes of image sharers corrupt the commercial market eventually, making it harder to compel companies to pay? Will the new markets gained replace those that may be lost in the process?

How photographers answer these questions will likely play a key role in defining their business and their art for the next few decades. This is what makes it important tot hink about these issues now and not to shy away from these challeges, even if they are difficult to face.