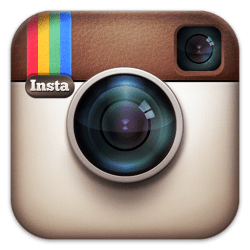 At first, the changes sounded extremely minor with Instagram saying that “Nothing has changed about your photos’ ownership or who can see them.” The blog post went on to say that the privacy policy updates were mostly aimed at helping Instagram function as part of Facebook, which recently bought the company.

However, as people began to dig into the updated TOS, they quickly began to find things that disturbed them and that were not in the previous (current) version.

The most notable issue, accoridng to Declan McCullagh at CNet, was that Instagram could now sell your photos, including for advertising purposes.

This was, according to McCullagh, because the new terms made the license to your photos both transferrable and sub-licenseable and added that:

“Business or other entity may pay us to display your username, likeness, photos (along with any associated metadata), and/or actions you take, in connection with paid or sponsored content or promotions, without any compensation to you.”

But while the advertising issue is the most noted, it’s far from the only point of contention. Jenna Wortham and Nick Bilton at the New York Times note that the new TOS also lets Instagram share other information with third parties, does not require ads to be labeled as ads and does not offer a way to opt out of the new licensing arrangement.

Users, seeing the reporting, have grown upset by this and, according to several reports, are leaving (or threatening to leave) in droves.

However, most likely, the news is not nearly as dire as it’s painted to be. Not only is Instragram’s plans not likely as sinister many think but it’s not the first TOS battle in recent history and the others have ended with more of a whimper than a bang.

Still, the issue of overreaching TOSes, or at least the perception thereof, will likely only go farther uphill from here as the factors that have driven Instragram to this point are not going away any time soon.

Fortunately, history can help put things in some perspective.

In 2012 alone, there were three sites/services that found themselves embroiled in TOS debcles.

Ancestry.com and Google Drive were the first two. In April, Acestry.com rewrote its TOS seemingly to forbid professional genealogists, which represented a large part of their user base. At almost the same time, Google Drive, which was recently launched, was attacked for a TOS that, allegedly, let Google “do whatever it wanted to” with your files.

Both issues were cleared up quickly as Ancestry.com edited its TOS and Google Drive’s terms, on review, were seen to not be as onerous as at first blush.

However, in August, Craigslist upped the ante by altering its TOS and introduced a new warning so that it would be granted an exclusive license to all content posted to the service, effectively giving Craigslist complete control over your postings.

Craigslist made the move as a means to battle scrapers and others who repurpose data from their site. The company backed off the new license but their current one still requires submitters to, “expressly grant and assign to CL all rights and causes of action to prohibit and enforce against any unauthorized copying, performance, display, distribution, use or exploitation of, or creation of derivative works from, any content that you post.”

In the end, all three cases turned out to be nothing more than matters of sites granting themselves too broad of al license for their purpose. But this puts the spotlight back on Instagram and raises the question of what is going on with the service that so many love?

Fortunately, the fear that Instagram is going to take your photos and create it’s own stock photo photo agency, selling your images to the highest bidder without compensation, is, almost certainly, overblown. The TOS seems to make it clear that Instagram is exploring on-site advertising and wants to make sure it has the rights to use uploaded photos in that capacity.

This view is backed up by Nilay Patel at The Verge, who says that the new license, in many ways, is actually more restrictive than the original as it prohibits Instagram from creating derivative works, meaning that they can’t modify your works.

According to Patel, most of the fear stems more from distrust of Facebook than it does reasonable concern.

However, as Kur Opsahl, the senior staff attorney at the Electronic Frontier Foundation, notes in McCullagh’s article, the terms are so unspecific vague that it’s “Challenging for someone to give informed consent.”

In short, we don’t know what Instagram is planning and they haven’t told us, but most likely it will not be the nightmare scenario that many are pitching. In fact, Patel is most likely right that Instagram couldn’t sell the photos that way, even if they wanted to.

In the end, this scandal will likely follow the path of Ancestry.com, Google Drive and Craigslist, one that will simmer down over time, probably helped along by a few tweaks and clarifications to the TOS.

However, that doesn’t mean the cause of the problem will go away.

Where I have to disagree with Patel and others is that I don’t feel that the problem is JUST with mistrust of Facebook. But rather, a problems with TOSes themselves.

For every service we sign up for an use, we agree to a terms of service. This is a necessary evil. The service needs legal assurance it has the rights it requires to both provide the service and to make a profit. However, those agreements are inherently imbalanced, giving the service the unilateral right to change them at any time with little-to-no warning.

However, the bigger problem is that they are seldom-read and even less understood. Even those that have the patience to wade through the heft of the average TOS likely won’t understand the terms as they are almost exclusively written in legalese.

Though Tumblr was kind enough to provide English translations for its policies, most sites do not. This is due not just to time and budget contraints, but also fear that the English portion could be held against a company if it were to contradict the intended message.

But if we’re going to prevent future controversies like this one, it’s not enough to keep a watchful eye on TOS changes, we have to fix the TOS as a concept and make them accesible to users, both in length and language.

If we don’t people are never going to reliably read the document and they will always be mistrustful of what’s inside it, looking for the “gotcha” that they have a feeling will come up later.

Sadly, this problem is only going to grow. Not only are we clicking accept to more TOSes than ever, but those agreements are, seemingly at least, getting longer and longer with more and more barriers being put up to user comprehension.

Even if all of this turns out to be a tempest in a teapot, which seems to be the most likely outcome, Instagram is still guilty of not providing enough clarity and certainty as to what their intentions are. Even if you don’t believe Instagram can or will sell your photos, there’s a lot of uncertainty as to what exactly they will do.

That uncertainty is a breeding ground for interpretation and that will create misunderstandings that will, in turn blow up into major controversies. Not only do these scandals harm companies that weren’t necessarily planning anything evil, but the more times a TOS blow up turns out to be nothing, the more likely an actual problem buried in a company’s terms will go unnoticed or will not receive an appropriate response.

When it comes to TOSes, clarity is crucial. But without some tectonic shift, either from the users or from government, there’s little motivation for company’s to provide such clarity. Simply put, the risks of a scandal are far less than the risks of not protecting yourself adequately in your terms.

Just imagine the lawsuits that Instagram would be hit with if it had used user photos in ads without the TOS change. Once you see that, you see why companies tread so carefully and, unfortunately, why they have little motivation to work with their users on these matters.