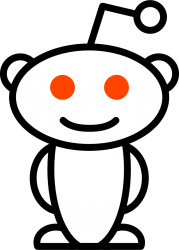 If there’s one person a Redditor doesn’t want to be, it’s knettel37.

Yesterday, knettel37 posted an image of what appeared to be a sketch of a woman’s face and neck with the subject “My girlfriend amazes me with her art…”. But while the image initially became pretty popular, within a few hours of posting it was discovered that the the “pencil” drawing was actually a digital creation from another artist from almost ten years earlier.

The Reddit community quickly pounced on this. Upon seeing the evidence, they not only downvoted knettel37’s post, but nearly everything else that he had posted as well. The community also set up a “Karma Court” to “try” the case, albeit in a joking fashion.

On the other side of the coin, knettel37 is claiming that his girlfriend sent him the picture and he had no idea that it was fake. However, other members >of Reddit are questioning is knettel37 either made up the girlfriend or is merely passing blame on to her.

But what’s interesting about the case is its swift resolution and the fact that the community reacted so strongly to the plagiarism and how swiftly they handled it, all without any involvement from the actual creator and copyright holder.

What can creators and community admins learn from this case? A great deal, even if the lessons are likely somewhat limited in their application.

When it comes to attribution, Reddit, as well as many other social news sites, are interesting case studies. Users of Reddit upload content, much of which was found online, without attribution. Images, in particular, are vulnerable to this as they are often rehosted on Imgur (pronounced Imager) and separated completely from both attribution and context.

However, the community seems to value this information and, often times, in the comments will attempt to determine the source and context of the uploaded content if it’s not provided. However, this system does mean that many creators, in particular visual artists, miss out on much of the benefit of having their work viewed widely on the site.

Still, none of this is what one would normally consider plagiarism. Outside of self posts and a few subreddits (communities within Reddit), there generally is not an expectation that work posted is original and created by the submitter. That is, except for cases like this one where there is an express statement that it is.

And that, in turn, is why Reddit pounced. The Reddit community has a history of reacting strongly when it feels it has been lied to or deceived. When that happens, Reddit responds quickly, sometimes in a very knee-jerk way. This from a community that, for the most part, is generally seen as very tolerant and open.

But in that regard, Reddit isn’t unique. There are many online communities that behave in a similar fashion when it comes to plagiarism. There are similar examples everywhere on the Web.

Communities, on te whole, tend not to respond well to when those within their ranks violate the values of the community. This is just as true offline as well as online.

Offline, this comes in the form of both laws and ethics and plagiarism, due to copyright, is often a violation of both. But while the legal consequences of plagiarism can be dire, it’s often times the community repercussions that are the most harmful.

For example, in literary and journalism circles, a serious allegation of plagiarism is usually the end of one’s career and, while many famous plagiarists have moved on to be very successful elsewhere, they rarely find jobs in their chosen profession.

The same holds true for many online communities. deviantArt, for example, has a long history of standing up to to plagiarism both within and outside of their ranks. These efforts generally don’t result in legal threats, but they do result in a great deal of community pressure that, often times, is very effective.

However, this behavior doesn’t have to come just from the community, administrators can also contribute. I asked my Copyright 2.0 Show co-host and community management expert Patrick O’Keefe about it and he said, “You can further empower people to report these types of activities by creating an environment that is conducive to members reporting inappropriate content. Where you and your staff encourage and welcome those reports, it is easy to file them and it is clear that there will be no consequence for a report that isn’t acted on.”

The downside to this is that community pressure often goes too far and can cross the line into harassment, threats and other illegal behavior. To make matters worse, the community is not always right and is prone to snap judgments, leading to cases where a community accuses the wrong person of plagiarism.

Also, public shaming can cause problems for the community itself. “Public shaming may be fun for some to watch, but in some communities it can do a lot of damage,” said O’Keefe. “The act of one member calling another out can lead to a level of hostility that can overshadow the community’s purpose. That isn’t the case for everyone, but it is worth considering.”

In short, while a community dealing with plagiarism publicly and internally can be an effective way to get results, it also has drawbacks and risks that have to be weighed. This doesn’t mean every community should shy away form it nor does it mean that some creators can’t use it to their advantage.

It’s all about the situation.

When is Shaming the Right Approach?

On the community side of things. This kind of pressure works best for dealing with plagiarism, as well as other violations of community rules, in larger communities that operate in the same space. Simply put, more people means more pressure and the more often you interact with the other members of that community, the greater impact that pressure has.

However, it’s also important for community members to have a recorded history in the community. Not only does this help determine who to trust, but also puts some value behind the accounts that can be lost or tarnished. It makes it harder to just walk away from an account.

Some communities have also adopted reputation systems, such as Reddit with karma, that enable users to both vote up what they like and, in some cases, vote against what they dislike. While this gives the community an easy tool to punish plagiarists, it comes with its own set of concerns.

“I think they (reputation tools) can provide an incentive for being insightful, but I have often seen them become something that is gamed or politicized. Especially if there is an option to vote someone down. For many, that creates more drama than value. They can be worth exploring, but you should think about whether or not they are actually needed within the community,” O’Keefe said.

“Popularity,” O’Keefe added, “Doesn’t mean that the person is an ideal contributor.”

Still, while social pressure can clearly be a good way to dealing with plagiarism cases, it shouldn’t be the first line of defense and it isn’t appropriate for every community or every case.

So where does this leave content creators who have their works plagiarized in such a community? If the community is a good fit for using publicity as a tactic, it may be worthwhile. But there are many drawbacks.

First, for a creator, it takes a great deal more time as you have to join and participate in the community to get a resolution. Second, the outcome is far from certain and, finally, even if you are right and successful, it may make you appear to be a bully and hurt your reputation.

Instead of just using community pressure as a weapon, it’s best to reserve it for caes that meet the following criteria:

If those three factors are present, engaging with the community may be a good step in addition to traditional enforcement.

Back in 2005, before the site had officially launched, I wrote an article about why shaming is, generally, a poor strategy for dealing with plagiarism. Much of the time, the situation is better handled through other means as it results in a quicker, easier and more decisive resolution.

While some will look at these cases and claim that it’s a sign we don’t need copyright enforcement to deal with plagiarism issues, the truth is much different. Of all of the infringements and plagiarism to take place online today, only a handful can ever be handled through community pressure and shaming.

Still, when done properly, such methods can be effective both for creators to resolve cases of plagiarism of their and for communities to deal with plagiarism in their ranks, especially when the creator is either not available or unable to protect themselves.

In the end, if a community considers plagiarism to be against their standards and they have the means to speak out against it, they most likely will. The challenge for community administrators is to try and find a way to channel that energy for good and to prevent it from going too far or being misguided.

There’s no easy or one-size-fits-all answer for that challenge, but figuring it out is one of the things that separates the good community admins from the bad ones.