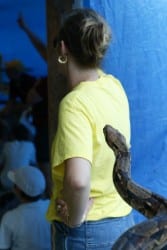 When it comes to content being posted and shared online, everyone wants to get the maximum benefit out of their content with the smallest amount of headache. However, doing that requires prioritizing your actions and, to do that, you have to understand who the biggest threats are.

However, it’s clear many content creators don’t know who or what that is and, instead of creating a focused plan to blunt the tip of the spear, they throw countless dollars and hours at solutions that have almost no impact.

While, obviously, broad statements about creators that work in a specific type of content may not hold true for each person, it’s important to think about how the Internet is both for and against content creators and how the various shifts the Internet is taking is changing the playing field.

So, while these statements are not and can not be universally true, they are true for many, if not most. Worst of all, in many cases, they are truths that content creators have been ignoring for some time.

Hopefully, this can help to open a few eyes.

This means that the biggest threat for most social media users, is other members of the same community.

While most social networking and social news sites have legitimate ways to share, repost, retweet, etc. some people ignore those protocols and just copy and paste without attribution. This can cause confusion and frustration, especially if one of the plagiarisms has greater success than the original.

Such copying is a big issue on many social news sites, including prominently on Reddit but given the viral nature of these communities they are hard to control.

Bloggers, on the other hand, are posting their works for the entire world to see and, as such, face a much different threat.

Though spammers and scrapers have not been as prevalent or as big of a problem as they once were, in large part due to shifts by Google, but there is still a very real threat out there and the problem is prone to ebbs and flows based on how Google is weighing variables at the time.

The truth is that Google will never be successful at completely eliminating spammers and, as long as that’s the case, there will always be spammers out there and they will always pose at least some threat.

The harm from spammers comes from the the fact that blogs, typically, do well with SEO. Spammers, however, are trying to gain that same benefit using your content to avoid having to create their own. This means any gains they make come primarily at your expense. While spammers don’t fool many humans, they can sometimes fool the search engines and, even when they don’t, they can drag you down with them in the rankings.

Other Concern(s): Other bloggers, forums (Some unethical posters will republish blog content and equally unethical admins will allow it.) and social media users

If you run a small business, are a solo entrepreneur or just have a small commercially-oriented site, you’ll likely find that most plagiarism comes from your competitors.

The reasons for this are many, but the biggest factors are that small business content tends not to be dynamic in nature, meaning that it’s not available via RSS feeds. This largely eliminates spammers as a threat.

Competitors, however, often don’t have the expertise to create a good site and either lift content from other sources directly or hire someone to develop the site that does it for them (with or without their permission).

Even if competitors don’t work out to be the most common, they are the most dangerous. Not only do competitor sites elicit a lot of trust from search engines and can do serious harm to SEO, but they can also sew distrust among customers and they can gain a competitive advantage by not spending the time, money and resources to create their site.

In short, competitors should almost always be your top priority when they are infringing.

Other Concern(s): Spammers (for dynamic content) and some directories (namely ones that copy large amounts of content for their listing)

If you’re either a mainstream media or a large online news site, spammers aren’t likely much of a threat. While your content will undoubtedly be scraped and republished a great deal, the level of search engine trust is simply too high for most spammers to overcome.

Much of the time this is done without malice, people simply copy and paste rather than using legitimate (and mutually beneficial) sharing methods. However, a handful of bloggers do plagiarize wildly and these sites can attract enough search engine trust (not to mention reader trust) to do real damage.

This is especially dangerous if the blogs are in direct competition to your site and are building an audience based on your content.

Other Concern(s): Forums (see above) and Aggregators (Overly aggressive aggregators may provide inadequate attribution or reuse too much content.)

To be clear, small businesses are not the most common infringers of photographers. Social media users and bloggers are much more likely to pull images from Google Image Search and reuse them without attribution or payment.

However, for most photographers, the average bloggers or Facebook user wasn’t a potential customer or licensee anyway. While it’s still a good idea to address such uses if possible, the real challenge is small businesses that use images in their sites.

The worst are design companies that distribute infringing and/or plagiarized images as part of themes or templates they sell, not only spreading the infringement but selling it to unwitting customers.

If you’re looking for a place to start when dealing with infringement and where to concentrate your effort, the commercial use of businesses is a good place to begin.

Other Concern(s): Bloggers and Social Media Users (Notably those on photo-sharing sites.)

If you produce audiovisual content, such as music or movies, you typically fall into one of two categories: Those who sell copies of their works and those who don’t.

Either way, streaming sites are most likely your biggest concern.

If you don’t sell copies of your work, you’re most likely monetizing it through advertising and that requires people to watch your videos on your channels. However, those who stream it elsewhere can chip away at that.

If you do sell copies, your biggest concern is likely piracy. Though piracy isn’t harmful for all content creators, it’s the most likely threat and, for all of the talk about Bittorrent, file sharing and the upcoming copyright alert system, streaming sites are definitely the trend right now in piracy and has been for several years.

Streaming sites are more dangerous for many reasons. First, they undermine evolving business models in streaming. Second, they attract more casual pirates who often could be customers. Third, they generally work better with mobile devices, which are becoming increasingly important for media viewing. Finally, they tend to do very well in the search engines and can easily outrank legitimate alternatives.

While Bittorrent and other forms of file sharing are still a force to be reckoned with when it comes to piracy, Bittorrent is on the decline (when compared to a percentage of all Internet traffic) and most believe it’s a trend that will continue.

Obviously, these are very short summaries that paint large industries with an extremely broad brush. These are not meant to paint a specific picture for a specific creator or business, but rather, provide a general outlook for the industry.

As always, your mileage will vary.

Still, it’s helpful every once in a while to step back and look at the larger picture. The Internet is a rapidly-evolving place and that means both the opportunities and the threats are shifting constantly.

For example: Is Pinterest a threat to a photographer or an opportunity? It’s not easy to say as Pinterest’s direction and audience continues to evolve.

It’s up to you to take this high up view and extrapolate what the situation is for you and what your needs are. You have to analyze how are you different from others in your industry and how those differences change your situation.

It’s not easy to do, but if you can, you can develop a strategy that gets the maximum benefit out of your content with the minimum amount of enforcement.

That, in the end, should be the ultimate goal of every content protection effort.