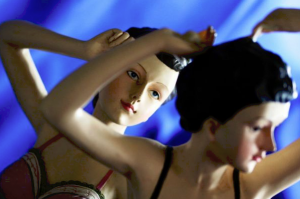 (Note: This article is “safe for work” and all links should be safe to click on. However, bear in mind that many of those sites may in turn link to other pages which are not. So be careful where you click when you leave here.)

There are many people who choose to be in the adult content industry. To me, they are content creators the same as anyone else, creating copyrighted works and trying to build a business around them. The law, for the most part agrees with that.

However, there’s a growing number of people, mostly women, who have had their images, video and other content on adult sites against their will, essentially being forced into the industry.

For those who appear on these sites, this can feel like a very personal violation. Not only having their nude images online, but having their trust betrayed and intimate moments made public. But this raises the question of what to do if your content appears on these sites?

Unfortunately, there aren’t any simple answers and the law doesn’t always make it easy to deal with these types of sites, especially if they are based outside the US.

Still, for those who are either dealing with such sites or are worried about the possibility of doing so in the future, we need to take a look at what these sites are, how they operate and, most importantly, what to do if you appear on them.

The answers aren’t easy but the questions are definitely important.

Though there are many such sites out there, there are two common types:

However, while both IAD and IAU shared nude photos and personal information with the Internet, IAD has also launched a special “takedown” service that has those featured on the site pay $250 to have their content removed from the site. Many others, including Ken White of Popehat and Mark Randazza, have raised obvious questions about the legitimacy of this service and have provided evidence that the people behind the service are likely the same ones behind the site itself.

In response to these allegations, the people behind IAD have been sending legal threats to the sites covering them, including TechDirt and White himself.

For a good review of the entire IAD saga, I recommend Adam Steinbaugh’s writeup on it. However, if there’s interest, I may do my own later as most of the events happened while I was on hiatus.

That being said, while it seems likely IAD won’t be around much longer given the mounting legal pressure, it doesn’t mean that there aren’t hundreds of other such sites out there already, most of which are somewhat less egregious, or that another IAU clone won’t rise to fill its place.

As such, it’s worth taking a look at these sites more broadly and try to find out if they are legal and what, if anything, you can do if your content is posted on them.

The short answer is probably not because there are so many potential vectors of legal attack on such sites and so many ways sites like IAD limit their protection. However, the longer answer is much more complex.

In the US, the most common defense against such sites is Section 230 of the Communications Decency Act (CDA), which protects websites from lawsuits over content posted by third parties. This includes lawsuits of defamation, privacy and related issues. For example, if you run a site like Yelp and someone posts a defamatory review, you are not treated as the speaker of that defamation and the aggrieved can only target the person who made the post.

However, the CDA does not cover copyright and other intellectual property issues. Copyright is covered by the Digital Millennium Copyright Act (DMCA), which once again grants these sites protection, so long as they have no knowledge of the infringement and work “expeditiously” to remove infringing material when properly notified.

Another issue is that, under the DMCA, the provider to remove content when they are “aware of facts or circumstances from which infringing activity is apparent.” These cover so-called “Red Flag takedowns“. While the courts have whittled away at this obligation of hosts in court ruling after court ruling, soliciting pictures knowingly taken by others and uploaded without permission may be enough disqualify such sites from DMCA protection.

Of course, no matter what, the DMCA can’t potect IAD or similar sites if it is true that they are actively engaged in acquiring and publishing the content themselves, to which there seems to be some evidence IAD is.

But while the legal theory is great, there are more practical challenges to tackling sites such as IAD. First, they are often started by and hosted in countries with very different laws. They might not need CDA or DMCA protection as there are no laws being broken or there is no practical way to target them.

Second, while the owners of IAD are relatively well known, many sites do a much better job hiding their identity, making their owners and even their servers tough to track down.

So what can you do if you have had your images or videos appear on such a site? Well, there are a few things that you can do to help.

What You Can Do

If you find your content on one of these sites, the first thing you’ll likely want to do is determine whether or not you are the copyright holder in the work as copyright is likely your best lever for getting the work removed quickly.

However, copyright in an image or a video does not go to the person in the photo, but the person who took the image. In many cases that’s the same person, such as photos taken through a webcam, but it may be someone else.

If you are the copyright holder, you can then take the steps I outlined in my “Stopping Internet Plagiarism” section and, in many cases, get the content removed.

If you are not the copyright holder, the process becomes much more complex as there is no similar system for privacy, libel or other issues. Contacting the site directly is ill-advised as these sites often revel in posting emails from women seeking their content removed and mocking them.

The exception to that might be if you are underage as hosting sexual content of a minor raises much more serious legal issues than even these sites want to wrestle with.

Beyond that though, if you are not the copyright holder and you find your images or videos on one of these sites, the best thing you can do is contact an attorney. Fortunately, there are many lawyers working on these cases pro bono as they want to see these sites shut down just as badly as many of their victims.

Ken White and Marc Randazza (linked above) are just two of them.

The simple truth of the matter is this: The law has not caught up to these types of sites and even if it did, they would likely just move offshore. This is difficult because we’re not talking about piracy where there might be a few illegal downloads of a DVD or an album, we’re talking about human beings.

Even if you are able to get your content removed from these sites, which I believe to be a worthwhile effort, you’re still going to be facing the fact that the content was likely copied, shared and posted elsewhere many times over. You’ll likely want to start tracking the content the best you can and dealing with further instances though it’s unlikely you’ll ever get every copy removed.

In short, once it’s out there, while you can reduce how many people see, you can’t erase it.

The best path is to be aware of these dangers and either accept them or don’t create such content of yourself. Of course, it doesn’t stop others from doing it without your permission, but that’s a separate legal issue.

If you do take such images, even privately, make sure they are only sent to trustworthy people and that you protect them on your end as well. Many times, these sites get images lifted from lost cell phones or laptops.

But whatever you do, be safe and be aware. The Internet is still a very bad place at times and the law is often not much help.