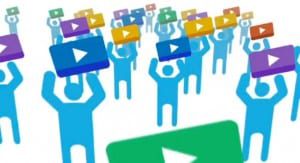 I’m saying this as a friend and as a fan. I love your site, I love putting my videos on it, watching other’s content and participating in the community.

I even love the idea behind Content ID. Let’s face facts, the DMCA notice-and-takedown system, as good as it is, has serious flaws and your efforts to improve upon the existing system helps everyone.

In fact, if Content ID were done well, everyone would benefit. Large copyright holders would get quicker, easier removal of infringements, legitimate users don’t have to compete with thousands of channels featuring clips from Game of Thrones and viewers seeking good, original content won’t have to sift through countless clips bad movie rips to find it.

But that’s the problem, Content ID isn’t being done well. I don’t know a single YouTube uploader, myself included, that hasn’t had at least some problem with the system. I’ve had good friends who have had videos pulled due to public domain songs (with CC-licensed recordings), others who are unable to monetize videos with no unoriginal content and countless others who have fair uses flagged, removed or removed from monetization.

YouTube, it’s time for an intervention. Content ID is failing its goals, not because the technology is bad, but because it’s being used in a bad way. If you’re going to improve Content ID and its reputation, you need to stop focusing on the technology and focusing more on the experience built around it.

Content ID is not the enemy, but the way you use it is making it one quickly. It’s time to make a change and here are a few steps that can start turning things around today.

This is a bitter pill to swallow YouTube, but you have to admit openly and broadly that Content ID is not perfect.

Content ID is amazing technology that does incredible things, but it is not without flaws. Not only does the system clearly produce false positives, matching things that aren’t actually the same or ignoring clear fair uses, there’s also content in reference files that is not owned by the person claiming it.

Basically, the technology isn’t perfect and the people uploading the content to be matched against aren’t perfect. This means there are some bad results, even if over 99% of the matches are good.

If you admit that, then it frees you up to start working on solution for the mistakes.

With the DMCA there is a notice and counternotice system that enables those who have been filed against to have their content restored. While the system is far from perfect, it provides a real framework for getting wrongly removed content back online.

But with Content ID, there is no such system.

While YouTube pays lip service to an appeals process, almost no one is successful with their appeals. It doesn’t matter if they are appealing a removal, a denial of monetization, the muting of a video or any other automated action. This is regardless of whether or not the content is actually infringing in any way.

In fact, getting anything other than a form letter reply out of YouTube has proved impossible for most people I know.

Content ID needs an effective, transparent appeals process, one that users can trust to be fair.

3. It’s Time for a Whitelist

Currently, Content ID is only infringing material. While that material may be allowed on YouTube, at the request of the copyright holder, there’s no whitelist of content that is non-infringing, such as public domain or open-licensed works.

While the whitelist should be used sparingly since it’s prone to the same problems as the existing reference file database, but having one could help eliminate or at least reduce the number of false positives, especially repeat false positives.

Google, your parent company, recently launched a simple but powerful transparency report for copyright removals in its search engine. It details how many notices it receives, what domains they are over, who filed them and what the outcome was.

YouTube, however, has no such report, especially for Content ID. Making the process more transparent, especially on a macro level, could help outsiders understand what is going on and help you improve the process.

Specifically, I would want to know how many removals were Content ID vs traditional DMCA notices, how many were removed,