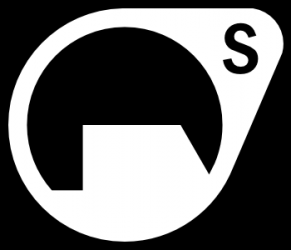 On Friday, after eight years of development, Black Mesa was released and gamers across the world rushed to get their copy.

But Black Mesa is not just another major video game launch. Black Mesa is a fan creation, specifically a recreation of the 1998 game Half-Life redone using the much more modern Source engine. But while fan creations themselves aren’t that uncommon, Valve, the company behind both Half-Life and the Source engine gave its blessing to the game, only asking that its name be changed to avoid trademark confusion.

But even as gamers were choking download sites trying to get a copy of Black Mesa, another artist was suffering serious backlash over her collaborative effort with fans. Amanda Palmer, best known as the lead singer of The Dresden Dolls was previously heralded as a success story when she raised nearly $1.2 million via Kickstarter for a new album and tour.

However, that success has turned to controversy after Palmer announced she was seeking other musicians to play with her on the tour, but that she would not be paying them.

The result, there’s already a petition circulating asking Palmer to pay her musicians and many of the people who donated money to her Kickstarter are wondering where their money went.

What these two cases show is that, for creators, working with fans can lead to some amazing things, but it also brings with it many risks. 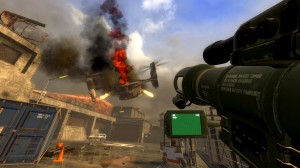 Valve Software has a long history of encouraging modding of its software. In fact, one of its greatest hits, Counter-Strike, started out as a mod of the original Half-Life that completely reinvented the game. Counter-Strike was so successful that, in 2000, Valve bought the rights to it and marketed the game itself.

But when the project that would eventually become Black Mesa began in 2004, it was seen as something different. It wasn’t merely a mod of an existing game, but a recreation and reimagining of a game. Game recreations have been on the rise but with little success. For example, in 2011 Sega shut down an attempted remake of its Streets of Rage game. Similarly, in 2004, Square Enix shuttered Chrono Resurrection, a fanmade game based on the poplar Chrono Trigger RPG.

However, Valve took the unusual step of offering its blessing to the game, even agreeing to distribute the game on Steam, the company’s distribution platform (though it is not available there yet).

Though it’s unlikely Valve will make much money from the release of Black Mesa. The media attention the game has created has brought renewed interest to Half-Life and, through proxy it’s existing sequel, Half-Life 2 and the rumored future release of Half-Life 3.

Most importantly though, the fans are singing the praises of Valve and, for the moment, are more loyal to the company than ever. 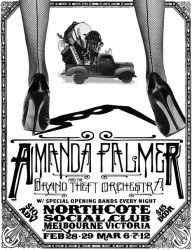 Palmer, on the other hand, started out as a another rousing success story. Using Kickstarter, the popular musician easily surpassed her goal of raising $1 million for a new album, tour and art book.

However, with the tour underway (she’s actually in my home town of New Orleans tonight) Palmer posted on her blog saying that she was looking for musicians in the tour’s city’s to play for free. Saying to those musicians that she would,”Feed you beer, hug/high-five you up and down (pick your poison), give you merch, and thank you mightily for adding to the big noise we are planning to make.”

But many of Palmer’s fans and fellow musicians were not happy with Palmer’s offering to pay musicians with “high fives” and “hugs”. Though three of the musicians in her band are being paid, a call has been put out for Palmer to pay all of her musicians including fellow musicians (and former supporters) and even a petition campaign that is nearly 800 signatures.

Palmer has responded to the controversy, saying both that it’s both the choice of the musicians and that it is part of the crowd-sourcing nature of the tour. She notes that the parts involved are extremely easy to learn and require only one brief rehearsal before performing.

However, that hasn’t done much to placate both fellow musicians and fans who are upset about the lack of pay. Palmer had previously provided a breakdown of how the Kickstarter money was to be spent saying at one point, (capitalization hers) “don’t forget: i’m CHOOSING to spend all this money making the packages fancy as shit….and i’m CHOOSING to tour this way. EXPENSIVELY.”

Thism in part, has led to allegations that the money was being spent inefficiently and that money that could have gone to the backing musicians was spent elsewhere frivolously.

But no matter what happens with the controversy, Palmer’s reputation has taken a hit and the focus has been taken off of her tour and put on her finances and how she chose to spend them.

In the case above, two major content creators worked with their fans to make something happen. In the case of Valve, they were more passive simply allowing and supporting an existing fan-oriented project. Palmer, on the other hand, was much more proactive, establishing a Kickstarter and soliciting support.

But how these collaborations got started isn’t nearly as important as the outcome. Where Valve is having its praises sung by fans everywhere for its collaboration, Palmer is in the middle of a heated battle and discussion about the nature of her business practices.

The problem is simple: When you collaborate with fans on a project, the fans expect that they own at least some of that project and have some say in it. While all fans invest in a creator just by liking it and making the work a part of their lives, that connection gets much deeper when they become directly involved, either by building a new project or by investing money in one.

This makes it crucial for creators, when working with fans, to clearly articulate everything that they plan on doing and communicate openly about the project. Palmer, for example, didn’t say in her Kickstarter (that I could find) that the musicians on stage would be part of the crowdsourcing and, as such, would not be paid.

Valve, on the other hand, has a long history of allowing non-commercial reuse of its intellectual property, including offering up development kits for modding. Not only did Valve clear the project years ago, but it’s held a consistent policy on that front, even permitting Wormholes, an iPhone clone of Portal (another Valve game), to continue once it was made free.

Another key difference is that Palmer put herself where she was indebted to her fans and owed them for the money they had donated. Valve, on the other hand, technically owed nothing to Black Mesa or Wormholes and could have simply shuttered either.

In short, the more you ask of your fans and the more their debt you are, the more they are going to demand of you and that can create serious problems if what you are doing does not live up to their expectations.

Working with fans can be great. Not only can it be a powerful way to collaborate but it also can be a great way to fund a project without going through traditional means.

However, it’s important when doing so that the creator clearly outline what it is they are wanting and what they are planning on doing. It’s also important to understand that the more a fan invests in a project, whether it’s time, energy or money, the more they expect from it.

The best artist/fan collaborations are built on communication and reciprocity. If it’s done well, fans get excited, great things are created and, over time, more money is made. But if it’s done poorly, it can cost you fans and distract from your artistic goals.

In short, fan collaborations are a risk, but there are easy ways to mitigate those concerns and prevent most problems before they arise.