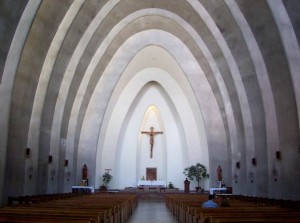 Robert Land recently kicked off a plagiarism debate. Land is the president of the Southern Baptist Convention’s Ethics and Religious Liberty Commission and the host of a popular religion-oriented radio show Richard Land Live!

During a March 31 broadcast of that show, Land talked about the Trayvon Martin shooting, in which he accused various political leaders of exploiting the case to their advantage. However, it turned out that much of Land’s words were not his own and were, in fact, taken, without attribution, from a Washington Times column from two days earlier.

Land’s words were controversial before the plagiarism was discovered, but the allegations added fuel to the fire. Land has since apologized for the plagiarism though Southern Baptist leaders are launching an investigation.

While it’s surprising to see the head of a major religious organization’s ethics committee under investigation for plagiarism, the truth is that plagiarism by religious leaders has been a hot-button issue for some time and an extremely delicate one as well.

However, in the age of automated plagiarism checkers and increasing awareness of attribution issues, it’s not a matter that religious institutions can afford to ignore as their credibility may be at stake.

The Problem with Plagiarism Behind the Pulpit

However, religion is further complicated by the fact that different religions, or different denominations of the same faith, often have differing opinions as well. For example, some feel sermons are divinely inspired and that the person giving it has no right to claim any authorship, making it acceptable to reuse without attribution. Others feel hat the sermon is the author’s words and not for reuse.

Sometimes the issue of plagiarism can divide people of the same or similar faiths with some pastors, such as Rick Warren and Steve Sjogren, openly encouraging unattributed use of their sermons while others oppose it and feel that “A pastor who plagiarizes sermons is clearly not fulfilling his primary responsibility.”

Among Christians, there is even a debate about whether plagiarism is allowed in the Bible, with some pointing to passages that they feel condemn it. This has led some 11,000 religious leaders from a variety of Christian faiths to sign a “Preacher’s Pledge” that says, in part, “I may use other resources such as commentaries and web sites to enhance, not replace, my personal interaction with Scripture.”

But with sermons and other religious addresses, there comes the issue of not just when to attribute but how. When does one copy too many words? When do they need to offer credit and how do they do so given the format?

These are thorny issues that haven’t been well answered. In the meantime though, somes churches have taken to making their sermons available online for others to buy and use for a small fee.

These issues will not be resolved quickly. Not only are the ethics so hotly debated, but the questions touch on issues that reach down to core of the religion’s values, making them both deeply personal and highly emotional.

However, as Land found out, the pulpit is not the only place that a religious leader can run into plagiarism issues. The truth is that religious leaders are active in multiple areas of their community and, as such, often have to create content in a variety of formats for a wide range of audiences.

These audiences often have very different expectations regarding originality than a congregation. Reuse that might be seen as acceptable behind the pulpit can become a major problem elsewhere and that could, in turn, cause problems for both the leader and their house of worship.

For example, using a few sentences without attribution might be acceptable in a sermon, but not in a newspaper column or in an academic environment. There, such an act could not only harm the person who did it, but of their congregation and their entire institution.

All of this uncertainty and high risk puts religious leaders in a very difficult situation. How can they protect themselves, their congregation and their institution from scandal while still incorporating the works and efforts of others? Sadly, there’s no easy answer but there are a few things that they can do.

When it comes to plagiarism, I advise religious leaders to do the same thing that I advise college students and authors: Play it safe.

Typically, anything that a person would be in trouble for using with attribution would only make things worse if it weren’t. If you are worried about admitting where you go something from, you probably shouldn’t be using it in the first place.

Plagiarism is fundamentally a question of honesty between the person delivering the message and the audience. It’s a question of where that line is drawn and what is appropriate. If facts being revealed about where you obtained words or information would seem inappropriate, then it is probably inappropriate even if no one is aware.

However, even if you are able to cut through the uncertainty and determine that your situation allows you to use the content without citation, it’s not the only aspect of being a religious leader you have to worry about.

It might not be pleasant for religious leaders to think about how such use would look to others with different views, especially those in a secular environment, but as Land’s case shows, those opinions can and do matter.

As such, it’s not worth wading into the minefield of religion and plagiarism and, generally, it’s better to avoid the issue altogether through the use of original work and clear attribution.

As I said above, plagiarism and religion combine to create a very thorny and dangerous combination of issues. Sadly, when issues of attribution and faith meet, there are no easy answers and that’s a big part of why I encourage people to avoid the issue altogether.

However, it is easy to understand why religious leaders might be tempted to use the words of others, attributed or otherwise. Not only are those words often what inspired them in the first place, but the pressure of creating new content on a weekly basis along with the other duties of religious leaders, those who do such work have to almost constantly produce new works that are inspirational and moving.

That is a tough situation for any creative person to be in and it’s not something we would expect from most musicians or artists. Yet, we constantly ask it of various religious leaders, many of whom are not particularly creative and took on the profession for other reasons.

For better or worse, this issue is not going away. The technology to track this and the interest to do so are both increasing. Religious leaders are going to find themselves scrutinized more and more for plagiarism.

On that note, Land may be the latest major plagiarism scandal in religion, but he wasn’t the first and he won’t be the last. The question every leader has to ask themselves is if they want to be the next one forced to defend themselves against such allegations.