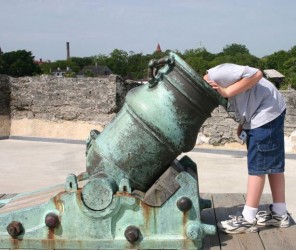 I’ve been strangely quiet on the whole debate over the Stop Online Piracy Act (SOPA). In fact, other than my (excellent) discussions on the topic with the Patrick O’Keefe for the Copyright 2.0 Show (yet another one to go live tomorrow) and a fact article about how one portion of the bill, the site blocking provisions, might work, I haven’t spoken at all about the bill.

There have been three reasons for that:

To be honest, I wasn’t going to inject myself in the discussion at all, just leave it on the podcasts and the 3 Count columns, where I think it belongs. However, a recent post by Patrick O’Keefe made me think more about these issues and made me decide to put a few words into the topic in a less formal way.

However, my goal with this isn’t to write a pro-SOPA or an anti-SOPA piece, but to write, as Patrick put it in his post, an “anti-nonsense propaganda” piece. There are good, rational and sensible reasons to oppose SOPA. There are also ones to favor it. This post isn’t about those, at least not directly.

Unfortunately, the heated dialog has made this rational discussion impossible as both sides have become more obsessed with “winning” rather than looking at the issues and finding solutions. There’s no way that can result in good legislation or good copyright policy moving forward.

That, more than anything, is what I want but it won’t come out of this climate.

The Beginning of the End

Truth be told, much of the heated debate didn’t begin with SOPA. Instead, the recent spate began with the “Commercial Felony Streaming Act”. The act, which aimed to extend criminal penalties for streaming of copyrighted content, sparked a protest entitled “Free Bieber” claiming that the bill could cause Justin Bieber to be put in jail. (Note: Most of the act’s provisions have been rolled up into SOPA.)

The theory went like this. Bieber famously got his start uploading covers he sang of other songs. Since that is technically a copyright infringement, albeit one not widely enforced, he could theoretically go to prison for streaming.

However, there were many problems with that theory. Even if we ignore the fact that Bieber, in this case, isn’t the doing the streaming, as Terry Hart of Copyhype pointed out, under the bill the value of the worked streamed would have to be greater than $2,500, or the licensing fees would have to be more than $5,000.

In short, Bieber was never going to go to jail.

All the bill aimed to do was close a loophole in copyright law, one that made it so that if you offer copies of a work for download, you may face criminal penalties if you meet the requirements but there were no such penalties for those who streamed the works without offering downloads. Those who know copyright know that the criminal provisions are very rarely used and only in extreme cases. It’s unlikely any individual not engaging in high-level commercial streaming of copyrighted works would have faced criminal penalties.

The move, however, was calculated to grab the attention of Bieber’s millions of fans and get them to rush to his defense and protest the bill. Bieber, for his part in this, sent a cease and desist order to the site, expressing his displeasure at the use of his name.

While, at the time, this seemed like a low point in the copyright debates, it was a trend that would continue.

The Debate Around SOPA

The debate around SOPA and PROTECT-IP took a similar turn but, rather than Justin Bieber going to jail, the argument was that the very Web itself is threatened. The arguments centered around the idea that SOPA would either “Break the Web” or censor it.

This was largely promoted via a grassroots campaign that had sites add code to their HTML that claimed the site had been “blocked” and encouraged people to write their Congressmen to make it happen. Many popular sites including That Guy With the Glasses and TechDirt participated in that campaign.

Most of the concerns from the bill stem from a fear that either the bill will be abused by rightsholders or that any action by the government to block websites, no matter how narrow, is a “slippery slope”. These are, in my view, legitimate concerns for not just SOPA or copyright law but any legislation at all.

These are some of the key reasons I’m not a SOPA supporter. Because the bill, in many places (even with the recent changes) is overly broad and, in my opinion, has inadequate checks and balances to prevent abuse. Further, I don’t think it will do much to help the majority of copyright holders nor do I think it will be particularly effective for the ones it does help.

The problem, however, isn’t that there aren’t legitimate concerns about SOPA, but how those concerns have been presented to the masses. That, in turn, has done a great deal to taint the debate and make productive conversation about SOPA all but impossible.

The Problem with the Copyright Debate Online

On the Web, the number of people who are deeply passionate and knowledgeable about copyright is relatively small. Most people on the Web don’t care strongly about copyright one way or another, especially the nuances of things like a criminal penalty for streaming or whether payment processors can do business with suspected pirate sites.

So, whenever a copyright debate comes up and both sides want to energize as many people as possible, they have to link their view point to something that people do care about very deeply. One might not care strongly about penalties for streaming copyrighted works unlawfully, but they likely do care very much about Justin Bieber. They might not care much about “rogue” sites but they care greatly about censorship.

To be clear, I’m very much against censorship (especially using copyright to perform it) and, though I’m not a fan of Justin Bieber I certainly don’t want to see him in jail. However, words like “censorship” get a visceral reaction out of people and can motivate them to take action when they often would not otherwise.

However, this connection of complex and nuanced issues to such strong language has three main results.

For example, with SOPA, many believe that it would be the end of sites like Reddit, That Guy With the Glasses, YouTube and Twitter among others, even though all of these sites are based in the U.S. and wouldn’t be targeted by the site blocking provisions at all (though the ad network/payment processor use may still apply, depending on how the bill is altered).

Bear in mind, these are all sites that enjoy greatly and, as a movie reviewer myself with my Garbage Horror series, I would be the first to queue up against anything that I felt threatened my site.

In a more rational opinion piece opposing SOPA, Wikimedia Foundation’s General Counsel, Geoff Brigham, laid out exactly how the bill, in its current form, would actually impact Wikipedia, at most requiring them to remove links from foreign pirate sites. This future is much more likely for the above sites.

However, these kinds of well-rationed arguments against the bill aren’t heard much because of the polarizing nature of the debate and the push to keep the message as simple and as passionate as possible. It’s not enough to simply dislike SOPA, you must believe that it’s going to censor the Web to be against it enough.

To be clear, the other side is doing much the same thing, as recent ad by the AFL-CIO says that the bill is necessary to protect American jobs though, as TechDirt has pointed out, the movie industry is gaining jobs, not losing them and many of the statistics used to arrive at these conclusions are, at best, debatable.

However, it’s not right when either side does it, even if it is just a part of our modern politics.

The be clear, copyright isn’t the only area where this happens. Nearly all areas of lawmaking see this same kind of process. Every time you’ve been asked to vote “No” or “Yes” on an amendment or a new law you’ve probably had passionate people on both sides throwing out buzzwords to make you feel strongly their way, even when, normally, it wouldn’t be a major deal to you.

In all areas, people who are passionate about a topic are going to work hard to engage people who are not, often times pairing their issue up with other issues that evoke stronger emotions. It’s part of the game unfortunately.

While I can’t change the game, I can encourage everyone to do their own research and try to be aware when others are trying to play to your emotions.

We all love the Internet, we all want jobs, we all hate censorship and we all love freedom but we should all be careful when those words are used against us to generate an emotional response and to get us to act a certain way.

That’s true not just in copyright, but in all areas of political life.