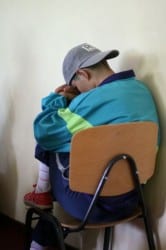 The research, sadly, is pretty clear. Academic plagiarism is on the rise. Even back in 2000, well over half of all students in one survey admitted to having plagiarized at least some content from the Web and the numbers are not getting any better.

The problem is bad and it’s getting worse. But the question many teachers, professors and administrators are asking is simple: Why?

Though there’s a tendency to talk about “kids these days” or blame it on some cultural disconnect between the generations, the ethics of plagiarism are largely unchanged from previous generations and previous studies showed children see the right and wrong of plagiarism as early as 5.

So why is plagiarism on the rise? The answer is surprisingly simple: Because it’s easier.

If you go back just 25 years ago, plagiarism was hard work. One had to go to the library, find sources to copy from, retype those sources and then turn them in as their own. By the time one does all of that, they are a large part of the way to doing a non-plagiarized assignment so there was little benefit to risking punishment and shame.

But with the Web making finding content easy and copy/paste making it take only seconds to bring it into your word processor. Plagiarism is now incredibly easy and a tremendous time/effort saver.

For example, pre-Web and pre-computers, plagiarism might save 35%-45% of the time it would take to actually write an assignment. Now, plagiarism saves more than 95% in many cases.

As any marketer will tell you, the easier you make an action, the more likely it is people will do it. People are much more likely to go to the store down the street than one across town, for example.

In short, the ethics haven’t changed (at least not as significantly as the numbers would seem) but the ease of the technology makes it so that plagiarists feel the benefits of plagiarism outweigh the risks and the ethical concerns.

That, in turn, is a big part of why students are increasingly turning to plagiarism to solve their academic problems. However, there are still other reasons that may play a role.

Other Factors to Weigh

Of course, it isn’t entirely that simple. there are several other potential causes including:

These factors, and others, definitely play a role but, almost certainly, the advancements in technology alone would cause plagiarism to rise, even without the other shifts.

However, this doesn’t mean that teachers can or should attempt to remove technology from the equation. The benefits of the Web and computers in general still far outweigh the drawbacks, it’s just a matter of bringing them in a way that’s productive and appropriate.

Battling this trend is not going to be easy. Removing computers is not the answer and it is unlikely such an attempt would be successful, especially on take home assignments.

Instead, it’s important to put some of the difficulty back into plagiarism and this is going to require teachers put forth extra effort, especially in crafting assignments.

These are just a few suggestions, there are many more out there, but the basic idea is to add speedbumps to the process of plagiarism, making it less tempting (or even impossible) to do. That will do more to discourage plagiarism than any threat of punishment you can levy.

Since the teacher can’t be there when the student is writing their paper in their room (at least I’d hope not), many schools have adopted a “more punishment” approach. However, that does little good as most students don’t believe they’ll get caught and feel the risk is worth the gains.

In short, the only way to really impact plagiarism is to make it more difficult. While plagiarism should still be a punishable offense, if we’re going to talk about changing behaviors and reducing plagiarism, the emphasis has to be put on making it harder to plagiarize and skewing the gains one gets from cheating.

Without that, all of the detection and enforcement isn’t going to make any difference in the bigger picture.