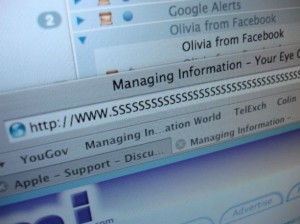 The problem largely centers around the issue of what is known as duplicate content, or content that can be found at more than one place online. This is a problem because search engines typically like to display a variety of results for every query and routinely hide or drop down pages that are too similar to each other.

That being said, SEO is also often about linking, something that those who use Creative Commons works are usually obliged to do (when appropriate for the medium). This means that, while licensing your content via Creative Commons may raise a spectre of duplicate content, it also opens the doors to increased search engine trust.

So how does Creative Commons impact SEO? There’s no simple answer but there is definitely a lot of theory to pour over.

The SEO of Licensing Your Work

When you license your work under a Creative Commons License, or any open license for that matter, you’re putting it out there with the intention that others will use it. That, in turn, means multiple copies of your work floating around on the Web, each competing for the same attention from the search engines.

That is what brings about the aforementioned duplicate content issue. Google doesn’t want to give the same article (or a very similar one) two slots on the same results page so one has to either be pushed into the supplemental index or to a much lower ranking.

Usually, Google attempts to make a determination about which article is the original and which is the duplicate. However, as they recently admitted, they aren’t perfect at doing that as they sometimes index sites out of order. So, even though Google claims claim that the duplicate content “penalty” doesn’t exist, there’s still a real risk of being hurt in the rankings due to multiple copies of a work floating around.

However, Creative Commons uses of a work are typically supposed to come with a link back to the source as well as an acknowledgement of the license the content was used under. This is part of why Creative Commons can be such a powerful force to stop scraping.

These signs are pretty clear indications to the search engines as to which site is the original and that is why the SEO risk of legitimate Creative Commons use is much less than with scraping and/or plagiarism.

Also, since Creative Commons reuse is most often done by humans and not automated scrapers, the original has much more time online before the duplicates appear, increasing the likelihood it has been indexed and discovered as the original, further reducing the dangers.

For images, this risk is significantly less. The reason is that Google doesn’t do quite as good of a job spotting duplicate content in image search results and doesn’t put as much emphasis on originality. A simple image search will often turn up many different versions of the same image, often just different sizes.

That being said, Google is getting somewhat better at this and that may become an increasing fear as time goes on.

However, on the positive side, both images and text uses of CC-Licensed works can be used to generate inbound links and many SEO experts view Creative Commons as a great way to generate such links to your sites and profiles.

This assumes, of course, that everyone using CC-Licensed work is playing by the rules but, those that aren’t are committing copyright infringement the same as if the work wasn’t Creative Commons at all.

In the end, the risks are likely minimal but the value of the reward will depend on how much you can gain from the inbound links, something that will vary wildly from site to site.

On the flip side of the coin, you know instantly when you use a Creative Commons article or blog post that you’re getting something that’s been posted elsewhere and probably for some length of time.

As such, there’s probably little expectation that the article will be of much SEO value as Google will spot it as a duplicate and treat it as such. This is especially true since the Farmer/Panda updates that came down hard on content farms and other sites seen has having “low quality” and duplicate content.

That being said, images may provide some SEO benefit as they can often be picked up despite being duplicates. This is especially true if they are resized prior to being reposted.

However, if you use Creative Commons content on your site, SEO benefit probably should not be your primary motivation. Typically, it’s more about filling blank spots in your posting schedule and getting useful content out to your existing readers, rather than trying to obtain some SEO benefit.

For the purpose of SEO, original and compelling content is almost always best.

This isn’t to say you can’t rank well with duplicate content, but the odds are slim and the next shift in the winds at Google could blow away your efforts.

Instead, if you want SEO benefit from Creative Commons content, your best bet is, most likely, to find content you can create derivative works from and use the content as a building block to make something new.

That, in turn, will be much more compelling to the search engines than a mere copy/paste.

In the end, the SEO risks of licensing your content via Creative Commons are fairly low. Though duplicate content is real concern, legitimate CC-licensed use is far less likely to harm your site than scraping, plagiarism and other forms of non-attributed use.

That being said, Google isn’t perfect and mistakes will happen, but most likely there’s not much harm that can come from licensing your content this way, at least from an SEO-only standpoint, and given the potential for inbound links there is at least the potential for some gain.

Still, the choice of using a Creative Commons License is a personal one and, even if the SEO risks are low it still isn’t right for everyone.

Basically, this is just one factor of many to weigh and, even then, for some the risks may not outweigh the rewards, especially for those who already have a ton of inbound links and have little use for a few more.