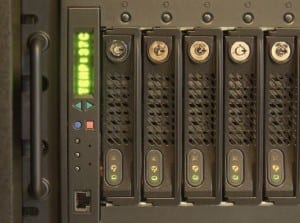 Whether you’ve dealt with hundreds of cases of plagiarism online or are just dealing with your first one, a pattern tends to emerge pretty quickly as to where plagiarists host their sites and who you have to contact to get the content removed if the plagiarist is uncooperative.

Most of the time, the pattern is fairly consistent. Plagiarists usually host on the easiest and cheapest platforms they can. If the plagiarist is using a custom domain, they’re most likely on an inexpensive shared host such as Hostgator, Godaddy, Dreamhost, etc. If they aren’t, then they are most likely on a social networking site, a free blogging platform or a forum.

This makes a good deal of sense. Plagiarists typically have less experience with the Web, at least with running their own site, and are already looking for a shortcut in at least one regard. It makes sense that they would choose the path of least resistance and that seems to largely be the case.

To be clear, this is not a slight on these hosts, most of whom are cooperative. The trend is also caused largely by the sheer number of customers many of these hosts have. That being said, many find they send notices almost exclusively to larger shared hosting companies, even as other types of hosting are growing in popularity.

That general rule also holds up well when dealing with business plagiarism. Plagiarists in this are tend to be small businesses, often just a few employees, who set up quick sites and either got scammed into buying plagiarized content or simply ripped it off themselves.

The lone exception to this rule appears to be large-scale spammers who often use either VPS or dedicated servers. However, they tend to favor either very small companies or hosts in foreign countries, both of which make it more difficult to get an effective response.

That being said, not all spammers use that structure, it’s a fairly risky approach since it places everything in one location that can be easily closed, but it’s a popular system nonetheless.

The implications of this are fairly straightforward. In the battle against online plagiarism, these shared hosts as well as free hosts are going to play a pivotal role. Fortunately, most of the hosts, including the ones I listed above by name, are overall pretty good at dealing with plagiarism and copyright infringement on their servers, at least in the cases I’ve filed.

However, this works because most of the major players of this kind of hosting are either in the U.S. or the EU. this gives creators access to laws to get infringing content removed. If there’s a geographic shift in this kind of hosting away from those areas, this could pose a real problem in the future.

Fortunately, such a shift doesn’t seem likely at this time, but it is definitely something to watch moving forward.

In the end, most of this is pure logic. Plagiarists are usually trying to cut corners so it makes sense they would land on the easiest and cheapest hosts possible. While these companies certainly aren’t necessarily bad, either in terms of their service or their handling of these matters, it does mean that a lot of pressure is placed on them to respond.

It also means that, if you send enough takedown notices, you’re going to find that the majority of your notices go to a relatively small number of hosts and that there are a few names you have to keep on file constantly as they keep coming up again and again.

In that regard, it actually makes sending takedown notices and doing other copyright work a great deal easier. After all, there’s a lot less research involved if you already have the host’s DMCA agent on file.