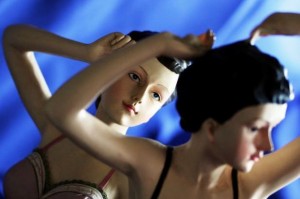 Creators of adult-oriented content already face a great deal of extra challenges when it comes to protecting their work.

The very nature of their business, in many circles, creates disdain for the industry and, as per the unwritten “fifth” fair use factor, they are seen as “evil”, thus harming their chances in court.

But the social stigma and discretion that comes with the industry has yet another potential problem, DMCA compliance. Because, while adult content enjoys all of the same copyright protections as other forms of material, the compliance with DMCA notices that an adult provider sees is, likely, much lower.

As someone who regularly files notices on behalf of adult content creators or against hosts specializing in adult material, I’ve noticed a trend where, while most DMCA notices see a compliance of around 95% or above, the compliance with adult content drops to 75% or below.

The problem, for the most part, isn’t content-neutral hosts (including file lockers) but rather sites aimed directly at hosting adult content. These hosts, in general, tend to be the least cooperative and, even when they do cooperate, often take the longest and do the least amount possible to resolve the issues.

The reasons for this, however, are straightforward, but the solutions are few and far between.

Why the Problem with Adult Hosts?

Adult hosts are an interesting situation. Where most hosts consider copyright compliance to be one of their most critical abuse issues, adult hosts put a lot lower priority on it. The reasons for that are many, including the following:

While most adult-oriented sites do still comply with DMCA notices and other copyright complaints promptly, it unfortunately means that a disproportionate number don’t.

Resolving this, however, is not an easy matter though there is at least one tool for gaining leverage over uncooperative hosts.

Dealing with uncooperative adult hosts really isn’t much different than dealing with other uncooperative hosts. As per my Stopping Internet Plagiarism guide, the best next action is to take the issue up with the search engines and get the content removed there.

Search engine DMCA notices have a series of effects. The first being that it gets the content removed from the various SERPs, reducing the number of people who see it and access it. Also, domains that accumulate a lot of these notices are often reduced or even dropped from the search engines, something that most of these sites fear.

That, in turn, makes these sites much more cooperative in removing the infringing content. In several occasions, I’ve seen content that the host refused to remove infringing material but took action after getting a notice from Google about a filing there.

In short, your best bet is to take the issue to a “higher power” and, over time, it’s likely that these sites will learn to respond better on the first notice.

In the end, while it’s adult content creators that certainly have the most to worry about, they aren’t the only ones either. Since non-adult material routinely winds up on adult hosts, it’s an issue for almost every type of content creators.

While there isn’t necessarily much that one can do about these issues, at least not from a practical standpoint, being aware of them makes one better able to deal with them and less likely to get bogged down in them.

That, in turn, can help you be more effective and more efficient in protecting your work online.