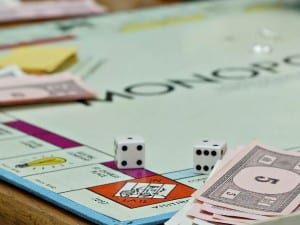 Recently I’ve been talking a good deal, and trying to stoke a conversation on, the issue of business models for copyrighted content online. This included both my recent posts on alternative anti-piracy strategies and common mistakes anti-copyrights make.

The issues around business models online are thorny because the Internet has clearly changed how many artists earn a living from their work, but what is much less clear is just how. Societal norms are still largely being settled on the Web and laws are constantly in flux. The Web, for content creators, is still largely unsettled and uncharted territory.

However, there are two very strong and loud voices on the issue of business models, at least when it comes to what would traditionally be referred to as piracy. One side encourages all content creators to embrace all copying wholesale, using it to their advantage, and the other seeks to use laws to stop unauthorized copying or at least severely mitigate it.

Instead, there’s a near infinite number of answers to the problem and copyright has to enable creators to experiment with their business models and let the superior ones win out over time. Without that, we’re arguing over hypotheticals and over single success stories/failure, not letting the market determine what’s best.

In this regard, copyright business models have a great deal in common with a grassy field at my old college.

Tramping the Grass to Pave the Path

Years ago, as part of a green space initiative, my college tore out two small parking lots near the library and turned them to grassy fields with a few trees. For a student body hungry for parking, any parking, it was a controversial move but most agreed it did help beautify the area, which was near the center of campus.

As one would expect, students began to walk across the grass on their way to class. At first the paths were erratic and made little sense but, over time, a handfull of paths began to emerge, easily visible in the parts of the grass that were worn.

The paths that were settled upon seemed obvious in hindsight but weren’t clear before. Since there was a parking lot there previously, students hadn’t pondered how they would cross that area on foot. Once those paths were set, the school then went back and paved over the paths. The result was that very few students crossed the field on the grass and the beauty of the area was preserved nicely.

To be clear, there are two ways you can read this analogy. On one hand, it could be showing that we need to empower content creators to find their own paths online by providing strong copyright protections, and then reinforce the rights that are actually needed for the various business models while weakening other rights. The other is that we need to have minimal protections, let content creators find their paths and then support those models with new copyright legislation.

Either way though, one point stays the same: We don’t know what the business models look like right now but we do know that there won’t be any single answer for every artist and creator. The grass just isn’t trampled down enough.

As such, anyone who is selling silver bullets, whether they are pro-copying or anti-copying isn’t telling or seeing the full picture.

In short, there is no single business model that every creator needs to follow, but a slew of possible ones to take, all of which have been enabled under copyright law.

How I See It

Whenever a new artist or other creator comes to me and seeks advice on how to enforce their copyright, I ask them a series of questions:

When you answer these questions, you see that no two artists are in the same position and their approach to both their business model and copyright enforcement have to be different. For some, embracing piracy is easily the best route, for others, a more traditional route is needed.

There is simply no “one right way” to handle these things and no easy answers to be fund.

The only thing that is certain is that artists now have to put serious thought into what their business model is going to be, rather than simply trying to follow the traditional tracks to success.

On that note, I’d like to hear more from others about their business model successes and failures. Whether they involved traditional tracks, more pirate-friendly paths or something else altogether.

By talking openly about these issues and admitting that we don’t have the one right answer, we can actually generate new ideas and maybe come up with some new answers that can help some, but not all, creators.

In the end, there are no easy answers and we are going to have to embrace new business models. However, there’s no reason every artist has to embrace them exclusively. The old ones still earn money too and will continue to do so for a long time. There are also likely other new models that will be even better than the current proposals.

It’s up to the creator to figure out what’s best and, to do that, we need to work together and talk with each other, regardless of philosphy on issues of copyright.