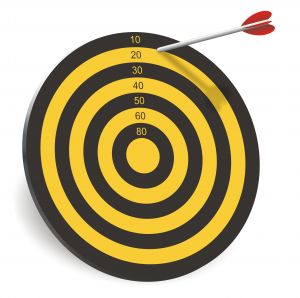 In the copyright debate, if you listen to the news and what others have to say, there are primarily two sides: Large copyright holders and other copyright extremists who take a maximalist view of the law and anti-copyrights and extreme copyright reformers that seek to either eliminate or drastically reduce copyright.

A few weeks ago I talked about common mistakes I see from the first camp, including ignoring licensing, not looking at other factors, misguided lawsuits, etc. Now it’s time to bring some balance to the discussion and talk about mistakes that the other side seems to be constantly making when presenting their arguments and taking their various legal actions.

To be clear, this isn’t about me passing judgment on which side is “right” or “wrong” in this debate, I view myself primarily as a copyright centrist (even once referred to as an “extremist centrist”) who sees copyright as valuable also the need for reasonable reform. Also, this isn’t about casting blame or discrediting anyone.

Instead, this is about clearing up the misconceptions and wrong ideas that have been muddling the copyright debate for a long time in hopes that we can move past them and have a real dialogue on the issues that are important.

1. Blaming the Law for Morons

Copyright is the only area of law where the law itself is blamed for when others use it unjustly. If a company misuses some element of employment law to fire an employee unjustly, the company is a jerk that behaved badly and we rejoice when the employee gets justice in the courts. Do something similar with copyright law and there’s an immediate call for copyright reform.

The truth is that anyone can sue anybody for anything at any time. The law itself isn’t very important. Copyright law is controversial so cases of stupid copyright lawsuits get a lot of media attention, but dumb lawsuits happen all the time and people abuse nearly every area of law almost every day.

Just because a person or company files a stupid copyright lawsuit or doesn’t understand the law doesn’t mean the law needs reform, instead, it’s a sign that someone did a dumb thing, nothing more.

2. Seeing One Success as a New Business Model

In 2007, when Radiohead conducted their “Pay what you want” experiment with their “In Rainbows” album, it was at least a moderate success and many heralded it as the (potential) future of the music industry. This ignored many facts, including that Radiohead was already popular, partially because of the investment from their record labels, and that the novelty of the experiment had attracted a great deal of media attention to the album (all of which were elements discussed in the video linked above).

The problem is that one success, or even a handful, does not mean that the business model is viable or that copyright isn’t important. Every artist is in a different position and while it’s exciting to see new models work, they might not work again. In fact, Radiohead went back to a more traditional pricing system with its latest album “The King of Limbs” (though I admittedly do not see why).

What works for one artist may not work for another. There is no great new single business model for everyone and, even if there is, one success does not prove it to be as such.

This is a common one in many places, including with traditional journalists, but many times those who are eager to show the ridiculousness of copyright point to trademark cases and call them copyright ones.

When someone is suing over titles, names, logos, etc. they are usually talking about trademark, not copyright. Copyright sounds very silly when you say that a person is trying to enforce the copyright of their business name, but that usually isn’t the case and, if it is, it’s a lawsuit that fits under the first point.

4. Not Understanding How the Court Process Works

This was a big one when the RIAA hinted that damages in the Limewire case could reach the trillions of dollars. Yes, the RIAA did say that in a filing but it’s safe to assume that the company never actually expected to get anywhere near that.

Smart attorneys do everything they can to keep their clients out of court. Trials are expensive and risky. As such, most litigation effort is spent on trying to secure a settlement. Settlements are basically negotiations. It’s common in all areas of law for the plaintiff in a case to request the highest amount of damages possible under any possible theory they can come up with in order to try and drive the settlement price higher. Likewise, the defendants try to position their damages as low as they can so the sides can meet in the middle.

Anyone who has been involved in litigation has seen this happen and it takes place in all areas of law. Was the RIAA a bit overreaching trying to ask for more damages than the GDP of the entire earth? Yes. But it’s unlikely they actually felt that was a reasonable amount and the judge agreed, quickly and severely limiting the damages ceiling, just as the judge is supposed to.

Likewise, lawyers often times make arguments in court that they know have little chance of success. Mostly this is to procure better settlements but also because sometimes you get a judge who actually agrees to them. This can help explain many of the insane theories spread by both sides in various copyright cases.

These elements, by themselves, do not indicate a problem with the law. Nearly all litigation involves these kinds of tactics. It’s up to the judge or the negotiation process to separate the ridiculous from the sensible.

5. Painting Copyright with a Broad Brush

Copyright is about a lot more than just suing alleged pirates or even piracy at large. Copyright is a whole set of rights, protections and exceptions that serve a variety of functions. Yes, people sue pirates but copyright also ensures record labels have to pay royalties to artists, such as with the recent Eminem lawsuit and it also stops people from selling other’s work without permission.

Granted, this is an issue both sides have when talking about the law as broad statements get a lot more attention than nuanced ones, but I find many times that people who say they are “anti-copyright” actually are only upset about some elements of the law.

This makes it a lot more difficult to talk about the law and have a real discussion on copyright when two people, who might agree more than they disagree, often position themselves as extremists on the opposite sides of the argument by trying to find one or two-word labels to describe their viewpoint and taking a very limited view as to what copyright does and is meant to do.

I’ve had a lot of conversations about copyright over the years and what I’ve learned is simple. There are very few people at either extreme and most lie somewhere in the middle.

There is a lot of legitimate room for disagreement on matters of copyright and we will never reach a point where everyone completely agrees. However, if both sides stop making some of the more obvious mistakes, we might be able to tone down the rhetoric, find that there is more agreement than we thought and start finding common ground we can build from.

In fact, we might stop seeing it as “two sides” at all and, instead, see that there is a whole spectrum of perspectives and ideas.

In the end, everyone shares the goal of making sure that there is a rich culture online and off and that artists receive fair compensation for their work. The argument is over how copyright law can best help achieve those goals.

If everyone can stop making the stupid copyright blunders that pollute the legal and political environment, cease seeing those who disagree with us as “evil” and start dealing with the actual issues rather than the rhetoric, we might start to get somewhere and bring civility to the copyright debates.