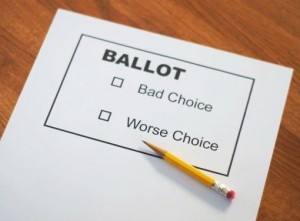 If you think you know fair use, you’re almost certainly wrong. Fair use is an intentionally flexible part of copyright law where, at times, the law itself can become nothing more than a suggestion on how to reach a judgement. The fact is, the more one studies fair use, the less they understand about it and the less certain they feel about any particular case.

This issue is made even more complicated by the presence of an unofficial “fifth” fair use factor. An element weighed by judges routinely when deling with fair use cases but found nowhere in the law itself. However, it’s played a critical role in many of the biggest recent fair use cases and likely will continue to play a role in the future.

So what is this factor and how does it affect fair use decisions? To see that we first have to look at the law itself and two judgements where it played a critical.

On paper, the law is fairly straightforward. There are four factors used to determine whether a use is “fair” and they are:

The first and the fourth factors are generally given the most weight but, after all four factors have been considered, the judge and/or jury will then make a determination as to whether or not the use was fair or not, seeing which side has more weight.

The problem is that many of the factors are subjective, how they are weighted is often subjective and how the eventually conclusion is reached is, much of the time, subjective.

This creates a great deal of room for interpretation and judges have a long history of doing that. This, in turn, opens the door for unofficial factors to creep in and help create judgements that, on their surface, can seem to be conflicting and confusing.

Consider the following two cases, both of which received judgments this week:

While both of these rulings make sense (or at least can make sense) in their respective context and there is a great deal that separates them, cases like these frustrate those who want “bright line” fair use rules. Whether it’s “You can’t use a full article.” or “You can use content as long as it’s to make a new expression.” seemingly simple fair use rules don’t apply under the subjective gaze of judges.

To make matters worse, either of these cases could have easily gone very differently either with different judges, different lawyers or slightly different facts.

Much of this is because of the unofficial “fifth factor”, which judges don’t like to talk about but most attorneys and copyright experts acknowledge plays an important role in fair use verdicts.

The Fifth Fair Use Factor

The “fifth factor” of fair use can be summarized simply as “Are you evil?” or, “Does the judge like you?”

Pornography companies, for example, often have a much more difficult time than other artists making fair use arguments. Likewise, large corporations often find it more difficult to deal with fair use issues than individuals simply because of the perception that one is more inherently “evil” than the other.

Though much of this might seem to be rolled up in the first factor, which covers the nature of the use, the fifth actually applies more to the parties themselves and actions they took outside of the alleged infringement rather than the use itself.

This, in turn, seems to have played a big part in the recent Righthaven decision. In that case, the judge raised the fair use issue himself, without prompting from the defendant, and chided Righthaven for using litigation a business model and for its litigation tactics, such as suing before sending any kind of warning or notice.

While these factors aren’t a part of the actual fair use test, they were part of the judge’s argument for ruling against Righthaven.

Similarly, in the Prince case, the judge noted the representatives from Prince had contacted Cariou about purchasing more copies of the book the photos were taken from but did not inquire about getting permission. Once again, permission is not needed to make a fair use argument (the point of fair use being legal reuse without permission) but the judge felt this showed bad faith and listed it as an argument against him.

In short, in both cases the judge weighed the relative “good” and “evil” of both sides and considered that when making a decision.

Dealing with the Fifth Factor

Unfortunately, it can be very difficult to do much to change how the judge feels about you. Much as with other people, some will like and some will hate you, often without cause.

Still, there are a few things you can do to help strengthen your case with this unofficial factor.

In short, what it comes down to is this. Fair use gives judges enough flexibility with their verdicts that, if you give them a reason not to like you, they may easily find a reason to rule against you. It may not be right, but it is very much the nature of the beast.

So be reasonable, fair and respectful. If you do that, you may not win them to your side, but at least the judge won’t be against you from the outset either.

I am loathe to answer questions about fair use for this exact reason. Even with if one knows all of the facts, the case law and the surrounding elements, much of what is and is not a fair use is left up to the whims of the judge or jury.

I used to joke that fair use can hinge on what a judge had for breakfast the morning before writing the verdict. These days, the joke seems to be a lot less funny.

With subjective factors, a fifth factor that exists nowhere in the law and plenty of room for reasonable people to disagree, it is impossible to definitively answer fair use questions until a verdict is handed down. Even then, a conflicting verdict can come down days laster that seems to erase what was said.

Unfortunately though, there is no easy way to fix this. Fair use is so flexible and malleable because it has to be. “Bright Lines” and clear rules will eventually either enable infringement or stifle free speech. Fair use is about balancing those two rights and it’s a complicated, nuanced dance that has to be judged by humans rather than laid down in black and white law.

The current system creates uncertainty and confusion, but that is necessary for the law to function.

Without it, there likely wouldn’t be any fair use protection at all and that, in turn, would be much worse for all involved.