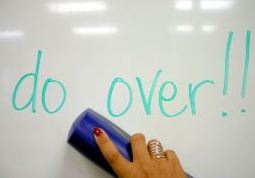 For the past ten years, I’ve been paying close attention to actions of big copyright holders, including the record labels, movie studios, publishers and so forth. My focus on them grew more intense in 2005 when I started Plagiarism Today and has grown even more since I got involved with the Copyright 2.0 Show and the 3 Count.

However, this vigil at times has been a painful one. It can be hard to watch industries you know and love ignore good advice and continue to repeat the same mistakes over and over again.

To be fair, I’m by no means an industry insider and I’m not looking at the same numbers they are. It could be that, if given the same information they have, I might make the same decision. However, I think that’s unlikely, at least in most of these cases.

The reason is that the outcomes of these missteps have been pretty obvious, even to the layperson. In fact, many of the blunders have been harped on so much that they hardly seem worth repeating.

Yet, the blunders continue and there doesn’t seem to be any stopping it. Instead, smaller copyright holders have to watch in horror as big copyright trips over obvious and hidden pitfalls alike, hurting the rest of us along the way.

With that in mind, here are just five of the more common mistakes I see the big copyright holders make and what I would suggest be done about them.

If you pick up a CD, DVD or book, you’ll only see one copyright “license”, all rights reserved. Yet, if you surf around the Web, especially on sites like YouTube, you see a lot of very imaginative uses of copyrighted content. Much of it is likely a fair use, but much of it isn’t and copyright holders could stop it if they were so motivated.

But, they aren’t and, rather than giving permission for such reuses, they enforce their copyright in piecemeal, erratic ways. This creates an atmosphere of confusion and one where uses of a work are not treated equally. Both sides would benefit from a clear guide on these issues, but rightsholders don’t want to give up any rights at all, even temporarily, as they fear creating bigger problems.

There are ways around this, such as a terms of use that could even be put on the copyright holder’s site, but they aren’t being explored for fear encouraging and enabling piracy and other infringement.

I see copyright holders spend thousands or millions of dollars going after “pirate havens” in an attempt to close them. Meanwhile, illegal downloads on cyberlocker and other sites rest at the top of legitimate Google search results and could be easily removed with nothing more than a DMCA notice.

Targeting pirate sites is well and good, but you won’t convince hardcore pirates to become legitimate customers that way nor will you prevent potential customers from stumbling across illegal copies. You can stop more piracy for less money and with fewer headaches by targeting where and how you enforce your copyright.

This one is, fortunately, on the wane but it remains a problem in certain industries.

There is a belief among some that DRM can and will save the copyright industries but every piece of evidence to date has shown that DRM is, at best, a speed bump to potential pirates. Sometimes that delay can be important, especially if it buys time before and right after a big release, but DRM creates problems once the work has been unshackled from its protection.

The reason is that, in a market where there are non-DRM copies available for free illegally, DRM becomes a punishment for paying customers and a solid reason NOT to buy a work legally. Furthermore, DRM can’t differentiate between illegal activity and legal (and even desirable) copying, creating further problems.

I suspect the real reason for continuing to use DRM has less to do with stopping piracy and more to do with the legal levers the DMCA gives copyright holders against those who break DRM.

The RIAA announced in late 2008 that it was ceasing its campaign of mass litigation. That should have been a clue that such litigation campaigns were misguided. However, instead of being the end of en masse copyright lawsuits, it was just the beginning. With several lawfirms leading the charge.

These lawsuits come with a slew of problems. Legally, there are issues of jurisdiction and enjoinder, financially, they demand settlements that are seen as being “extortion” and politically they make people very hostile toward copyright and copyright holders.

Possibly the biggest problem is that, with so many cases being filed they are poorly represented and this, in turn, leads to bad judgments, such as with the recent Righthaven ruling.

The mass copyright lawsuits must stop but yet many copyright holders press on.

Finally, while many, if not most, will agree that piracy is not a good thing for the various content industries, it’s far from the only factor that is harming them right now.

For example, while the record industry’s decline is well-known, is piracy to blame or does the shift from album to single-track sales play a role? What about other, competing forms of entertainment?

Likewise, with the movie industry’s sliding DVD sales, is it because of piracy or does the influence of Redbox/Netflix play a role? Once again, what of competing forms of entertainment, such as the prevalence of free, legal online video?

Many copyright industries want to put all of the blame on piracy when the Internet has changed their businesses in a slew of other ways as well.

Large copyright holders make these mistakes because they lumbering giants with old money, old business models and fresh memories of decades gone by. Change is slow and tough when you have so many hands involved in the decision making process and so many people that have to approve every minor change.

Turning this ship is akin to turning a battleship. It won’t turn on a dime, but rather, will change directions a little bit at a time, so slowly those on board may not realize that it is happening.

That being said, smaller copyright holders don’t have these problems. Whether they are individual artists, smaller labels/publishers/studios, etc. they have a flexibility that lets them respond and experiment.

But as great as that power is, the climate they will be operating in, likely for a very long time, will be governed in large part by the larger copyright holders. This means that, while smaller artists can chart their own course, the larger ones will be determining which way the winds actually blow.