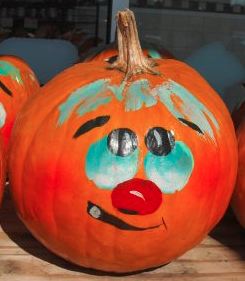 As most readers are familiar with by now, I run a charity haunted house every year at Halloween time and, as we are gearing up for our opening on Thursday, I am going to be on hiatus from Plagiarism Today until Monday.

However, this doesn’t mean I won’t be thinking about copyright issues. Halloween, like any other holiday, is a time ripe for copyright and other intellectual property pitfalls and there are even a few specific to the holiday. So, as a person who tries to do the right thing (legally and ethically) on matters of copyright, here are just a few of the copyright concerns (and solutions) I face every year when trying to put on my haunted house.

To be clear, as a non-commercial haunt, we coul get away with a lot more than we try to do. Not only does the law favor us, but we wouldn’t be a likely target. Still, we run everything we do as if we were a professional haunted house as that is an eventual goal for us.

Also, as usual, this isn’t meant to be a complete list by any stretch but, instead, is just to highlight some of the larger, more common issues that myself and others face around this time of year.

A haunted house needs music. Not only does it set the atmosphere but it helps hide smaller noises such as actor movements that might give away a good scare. However, playing a music inside a haunted house is a public performance of the work and is not allowed without a license. Non-commercial use, such as what we’re doing now, has much greater leeway but professional haunters need to obtain music licensing from ASCAP and BMI if they are going to use recorded music in their haunted house.

How We Resolve It: There’s a band called Midnight Syndicate that does great haunted house music and freely licenses it to all professional haunted attractions if you display a poster. However, typically we record our own inside audio, using the actual actors voices to fit better with the theme each year, sometimes mixing it with public domain music loops available from The Internet Archive.

Freddy, Jason, Pinhead, etc. may be some of the biggest names in fright but they are also copyrighted characters by their various studios. Though the fact they make costumes and masks grants some form of implied license to dress up like them in public, it’s unclear if that license would extend to professional or even charity haunted houses. While there might also be a fair use argument in favor of the haunts, if the use is transformative enough, but the studios often also hold trademark interest in the characters as well, further complicating the issue.

How We Resolve It: We have a very strict “no movies” rule in our haunt. Aside from the copyright/trademark issues, we just don’t think it’s that scary and work to craft original stories every year. We find this to be much more effective than relying on other’s stories.

Masks, at least the part of them you that makes them a costume element, are essentially sculptures, which are copyrighted works. Though in selling them as a mask there is an implied license to wear them in the intended manner, it’s unclear how far that implied license would go, especially in a professional haunted house. However, I haven’t been able to find any evidence to date of someone being threatened or sued for doing this and any mask maker who did would likely go right out of business. Still, it’s an interesting copyright question without a clear answer.

How We Resolve It: Given the fair use, implied license and other defenses in this case, we don’t worry about it too much. However, we do limit our use of store-bought masks greatly, only using a few each year. Instead, we prefer to custom make masks using latex to have a more original look. However, we are careful not to pattern our masks after anything we’ve seen as that can create problems of its own (Note: Parody article but the most creative “commercial use” definition to date).

Most of the classic horror tales such as Dracula and Frankenstein have long fallen into the public domain. However, many of the more current stories, such as the stories of the characters above, are not. There’s actually a long history of disputes over horror stories, the most famous being the Nosferatu/Dracula battle from the early era of cinema that almost resulted in the destruction of all copies of Nosferatu, now considered a classic film. A more recent conflict would be “Living Dead” creator Gorge Romero’s lawsuit against Capcom over the video game Dead Rising, which was later thrown out.

How We Resolve It: As mentioned above, we try to create our own stories for each haunt and try to stick with more of a fake true crime theme than any horror staple. Though some non-copyrightable elements may be the same or similar to other stories, practically unavoidable in this niche, we try to be as original as possible as a means to separate ourselves and create our own folklore.

Despite there not being many haunted houses, especially large professional ones, most of them have very similar-sounding names. In fact, my friends run Chamber of Horrors, a small haunted house in LaPlace, but there are at least three other haunts with that name in the country. Combine that with the fact that the logos almost always seem, at least at a glance, to be similar and that logos can have both trademark and copyright protection, something very common in the haunt world, and you have a huge potential mess on your hands if you have name or logo too close to someone else’s.

How We Resolve It: Fortunately, geography keeps this from being too big of a problem. There may be four Chamber of Horrors out there but they are scattered all over the country. Still, for our part, we once again try to put the focus on doing something unique. Our name is Bernie Baxter’s Traveling Sideshow and instead of using typical themes for our logo (blood, lightning, etc.) we went with an old poster look to fit with the sideshow theme.

By now, this column likely sounds like a broken record. We’ve managed to avoid most of these potential copyright and trademark pitfalls by trying to do something original. However, the decision to do original work never came from a desire to skirt copyright or trademark law or out of fear of it, but rather, out of a desire to put on the best haunt possible.

Though this doesn’t mean I’ve avoided every potential copyright hazard, especially the extremely unlikely issue of using masks in the haunt, it’s helped me avoid nearly all of them without thinking about it too much.

On that note though, I need to get back out there and finish it up. With two days left to go there is final preparations to be made and actors to train. It is going to be a busy few days for me and I will see you guys in November!