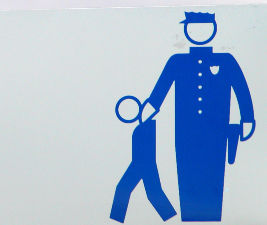 New copyright blogger and friend Terry Hart recently renewed the debate about the use of the word “theft” in the copyright debate. He posted a lengthy and well-thought out piece about using the word to describe copyright infringement, pointing out that the fact it is not legally correct does not prevent people from using the term colloquially.

He takes a pretty good stab at those who cite Dowling v. US for this purpose. Dowling laid down the precedent by saying those accused of copyright infringement can not be prosecuted under the National Stolen Property Act. However, according to Hart, they are ignoring the much more recent Grokster case, which says in part:

Deliberate unlawful copying is no less an unlawful taking of property than garden-variety theft.

However, Hart’s overall argument is that the actual legal terminology isn’t very important. He instead focuses on the difference in the legal and commonly understood definitions of “theft” saying that:

The idea that the legal distinction between the two terms forecloses any colloquial comparison is invalid. “Theft” in the legal sense has always meant something far narrower than “theft” in the everyday sense. In early English common law, for example, the crime of theft only included the taking of another’s property by force or by stealth. It didn’t include the taking of property by deception or trick, and it also didn’t include the taking of property by someone in whom the property was entrusted. While today we would have no problem saying a delivery truck driver engaged in “theft” if he kept a package instead of delivering it, earlier courts had to jump through several hoops before reaching the same conclusion

This, in turn, prompted a response from Mike Masnick at TechDirt. Though Masnick conceeded many of Hart’s points, he disagreed with his conclusions saying that:

Whether we are speaking legally or economically or about the impact on any individual or organization, “theft” and “infringement” are two separate and different things. This is important. If you are seeking to understand what is happening and how to respond to it, calling it “theft” immediately shuts the door on a variety of important points. It closes off a path to understanding both what’s happening and how one might best deal with it.

However, the debate has been an ongoing one since well before I launched Plagiarism Today and will likely be going on long after the site is gone. Still, it is an interesting one to watch and an important issue to discuss.

As you might imagine from looking at my logo, I use the term “content theft” routinely and have no real issue using the term “theft” to describe copyright infringement casually. However, my decision to do it was a conscious one for three reasons.

It is the third element I consider to be the most overlooked. For all the talk about the use of “theft” as an attempt to shape the copyright debate through language, it’s something both sides do. File sharing, for example, is actually file copying (sharing indicates that you no longer have access to something while it is “shared”). Yet that term is very well accepted and non-controversial.

This behavior is not exclusive to the copyright debate either. Virtually every political debate, especially where emotions are involved, come with attempts to shape the debate via language. Theft, piracy, file sharing, peer-to-peer, troll, etc. are all terms that may not be technically or legally accurate but are used to cast certain behaviors or certain people in the desired light.

All of that being said, I do agree with Masnick on his critical point, that content creators need to have a better understanding of copyright issues beyond the notion of “It’s theft”. The issue is nowhere near that simple and needs to be treated and understood accordingly. He and I are in complete agreement on this point.

But that doesn’t mean we can’t and can’t use the terminology that best expresses how we feel and what we perceive. In many ways, the terminology chosen by a speaker is an expression of one’s opinion on relevant matters, look at any other political debate and you can usually tell what side a person is on by the terms they choose.

Personally, I’ve tried to limit the use of the word “theft” not only because it is technically inaccurate but also because not all copyright infringement feels or looks like theft to me. When someone plagiarizes content or scrapes it wholesale to fill an ad-saturated spam blog, the term seems to fit better than with the types of use Righthaven is suing over.

Still, given all the misnomers in the copyright debate, the word “theft” is only a smaller part of a much larger game.

In the end, I don’t see anything wrong with using the term to express how one feels so long as it is done with open eyes. That, however, can be said of just about any term created for the purpose of changing a debate.