No one has ever said that the DMCA notice and takedown system is a perfect one, but the majority of takedown notices are valid and are executed correctly. In my experience, careful filers will see about a 95%-98% resolution rate when using the DMCA properly.

However, since pretty much everyone is a copyright holder, anyone can use the DMCA and anyone can file a notice under the law. Unfortunately though, that doesn’t mean that everyone uses the law properly or intelligently.

With so many people misunderstanding copyright law and so many companies overwhelmed by the amount of notices they are filing, some of the notices are bound to be a bit south of brilliant.

To be clear, these are not notices that were filed for a political or vengeful reason, but rather, notices filed in clear error. This is why there’s no mention of the Church of Scientology, for example.

With that in mind, here’s my top 5 “favorite” DMCA fails of the last five years.

(Note and Update: In some of the cases below, it is unclear if the takedown was a full DMCA takedown or a content ID takedown. For the purpose of this list, we’re going to look at all copyright claims that resulted in the removal of or disabling access of the work under the safe harbor provisions, whether or not they were a full DMCA.) 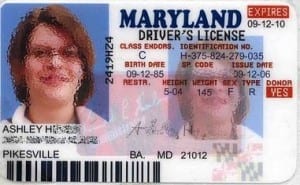 Back in 2007, I wrote about a very bizarre DMCA takedown filed with Google over its blogspot service.

The story centered around Rachel Hyman, who then worked at a bar in New York City. When an underage patron had attempted to pass a fake ID, Hyman confiscated it and later scanned it and wrote about it on her blog.

The owner of the ID, who had apparently used their real picture, name and signature, objected to the use and first took the post’s comments. However, the would-be drinker eventually turned to filing a DMCA notice with Google to get the ID removed.

Hyman did eventually get the ID restored, but blurred out the face, personal information and signature when reposting it.

Like most fake IDs, the majority of the ID was merely a copy of a legitimate state ID, with the copyright in the content held by the state. The DMCA notice attempted to avoid this by focusing on the image and signature, which were copyrighted by the would-be drinker.

However, even then there is a strong fair use argument in their use as part of the blog post. There may have been privacy issues involved in the posting of personal information, but using a copyright law to resolve them is not appropriate.

In short, this was a case that required, at worst, a polite, humble letter asking personal information to be blurred, which was the eventual result, but only after a Internet firestorm.

To be fair, there was actual copyrighted material involved but it’s clear that the DMCA was not the right lever to use. It isn’t fair to expect an underage college student to understand the nuances of copyright law in this area. However, one would hope they would learn before making such a filing.

The Lenz v. Universal Case is well-known and ongoing but well worth repeating.

The story centers around Stephanie Lenz, a mother who posted a 30-second video of her baby dancing to Prince’s “Let’s Go Crazy” on YouTube. Though the music was barely intelligible, apparently Universal Music Groups filters detected and the the record label filed a DMCA takedown notice getting the clip removed.

However, the EFF took up the case and is helping Lenz sue Universal. That case is ongoing though the judge did recently rule that copyright holders need to consider fair use when filing DMCA notices.

Another clear fair use argument but, even worse for Universal, it was a clip watched only a few dozen times before the takedown but now has over 1 million views since it was restored.

This one can likely be blamed, in part, on faulty filtering and a lack of human oversight. Universal is one of the most prolific DMCA filers and, for the most part, has targeted only actual infringements. However, that doesn’t really make up for the major error with this notice.

In early 2007 (Seemingly a great year for these) Wendy Seltzer was a staff attorney for the EFF and the head of Chilling Effects. As someone very interested in copyright issues, she was disturbed by the National Football League’s overreaching copyright notice and posted a short clip of the copyright notice on YouTube and her blog.

Predictably enough, the NFL filed a DMCA takedown notice with YouTube and got the clip removed. Seltzer filed a counter-notice and had the clip restored by YouTube. However, 12 days later, the NFL filed another DMCA notice, which resulted in a second restoration.

No lawsuit ever came from the dual takedowns but some serious questions were raised about the takedown and counter-notice procedure and whether the NFL was in violation of the very law it was using.

In addition to the clear fair use arguments in favor of posting just the copyright notice, when Seltzer filed her counter-notice supposedly the NFL had the option of filing suit and seeking an injunction or walking away. Filing a second notice was clearly improper.

The NFL managed to fumble this one, not just once, but twice.

I think it is more than possible to blame this one on a combination of an over-aggressive content matching system and poor record keeping on the part of the NFL and YouTube. Since these kinds of repeat takedowns for the same work seems to be less common, it’s likely safe to say that things have improved over all. 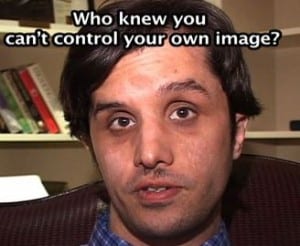 In 2007, Michael Crook, up to that point best known for his “griefing” of men seeking sex on Craigslist, sent dozens of DMCA notices to various hosts over an image of himself regularly used to go with articles about him.

The biggest problem was that he didn’t actually own the image in question. It was a screenshot grabbed from an episode of Hannity and Colmes he appeard on. Fox News, the actual copyright holders, said they were not worried about the use of the image.

Worse still, there were clear fair use arguments to be made for using the image and at least some of the DMCA notices wound up being sent to Canadian hosts, for hom the DMCA did not apply.

Crook’s DMCA campaign was an unmitigated disaster. The EFF once again took up the case, this time compelling a settlement where Crook publicly apologized for the campaign.

Why it Was Stupid

While one might say this was merely an attempt by Crook to silence critics, something that is definitely true, Crook genuinely did believe that he had ownership of the image and was using the DMCA properly. This wasn’t a case of simple DMCA abuse, but a case of DMCA fail.

Crook misguidedly believed that you can hold copyright in your own image, a surprisingly common misconception. While this doesn’t excuse the action, it explains why the EFF settled for an apology as there was little proof Crook truly acted in bad faith.

The headline alone screams “FAIL” but it warrants explanation.

If you’ve looked into copyright at all within the past five years, you know who Professor Lawrene Lessig is, the at-times controversial founder of Creative Commons and author of many books on free culture. He is also an outspoken proponent of fair use and vocal opponent of DMCA takedown abuse.

So it probably came as a shock to him when, in 2009, Warner Brothers filed a DMCA takedown against one of his famous presentations on YouTube. The video was eventually restored but Warner actually repeated the act again earlier this year, resulting in another one of Lessig’s lectures having the audio removed. That one was restored as well.

(Update and Correction: To be clear and to be fair, the audio removal was, almost certainly, automated and not something Warner pulled the trigger on. Thanks to Mike for pointing this out.)

Why it Was Stupid

Filing a DMCA takedown against one of the best-known proponents of fair use is stupid enough, but considering both cases were a clear fair use make it even worse. Lessig’s presentations have likely the strongest fair use argument of anything on this list.

Once again, as with the Lenz case, much of this is likely due to over-agressive matching technology and inexperienced DMCA filers. However, since the latest case happened just a few months ago, it’s difficult to say that they’ve learned and improved nor is it a good excuse in the first place.

The good news is all five of these cases is that they seem to have been resolved with the content being restored, showing that the counter-notice system, when used appropriately, works well. Lawsuits have only been used in two of the cases but in neither case was it required to get the work restored.

In short, I hope that these cases serve as a cautionary tale against those who are thinking about filing DMCA notices. If you’re unsure, it is best to consult someone else or, at the very least, do a good amount of research on your own.

Filing a takedown notice is not an act anyone should ever take lightly and this list is here if anyone needs any reaffirmation as to why.