Some time ago I predicted that image matching technology would become both cheaper and more effective, making it possible to search for duplicate or near-duplicate images the same way that writers do with text while keeping the price affordable. Tineye was, and remains, a major step in the right direction on that front but its limited database, about 1.2 billion has hindered its ability to be comprehensive (Facebook, Photobucket and Flickr alone combine for over 18 billion images).

Corrigon, however, hopes to bring something new to this field. According to them, they’ve developed new technology that makes it faster and cheaper to search for copies of images, that will not only enable them to launch a service targeted at individuals later this year, but provide results in near-realtime.

I recently sat down with Corrigon’s CEO, Avinoam Omer and CTO Einav Itamar to talk about their service and their future plans. They gave me a demo of the product and showed me some of its promising new features. 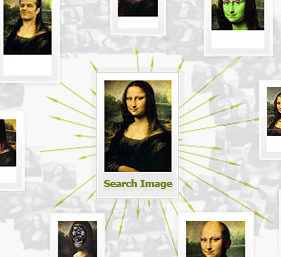 What Corrigon does is similar to the services that stock photo agencies have been using for some time. Users provide a collection of images that are then put into a database. The service then crawls the Web, looking for matching images.

What makes Corrigon unusual is that it doesn’t store the images, but rather, fingerprints them and compares the fingerprint against other matches it finds on the Web. This is very similar to what C-registry.us is doing with its matching technology. However, where C-Registry is more geared toward preventing works from becoming orphans, Corrigon is more about image search (though C-Registry has added image search)

The advantage of this system is simple. By not having to store the images or search against them, Corrigon needs much less space and processing power. This both takes less resources, thus cutting costs, and speeds up the process.

Though I was unable to take screenshots of the demo of since corrigon asked me to keep the identities the image owners secret, the matching seemed to be very near realtime Several of the matches were for stories posted that same day and new ones seemed to be constantly discovered. Though not quite realtime in the sense that Twitter or Facebook provide realtime search, it was definitely much faster than similar services, which often take days or weeks to find results.

In the demo provided me, this was especially well-used in tracking uses of images on news sites, blogs, etc.

As for the matching itself, it seemed to be very solid. The examples on the public site involving the mona lisa are good examples of the flexibility of the service. It was able to detect matches where the copy had been used in a package (with writing over it) modified to make a new image, etc. Though very interesting, it seemed to mirror closely what other services, including Tineye and C-Registry have been able to do in that area.

However, the real selling point for the service seems to be speed and price, something they are making a major play on.

Though Corrigon is currently targeting larger companies, it is planning to offer a solution to smaller users sometime later this year, likely in the 3rd quarter. Though there isn’t much to be certain about pricing, they are also planning on introducing a resolution system that helps resolve cases of copyright infringement, either by obtaining licensing from users or seeking removal of the content, depending on the needs of the user.

Needless to say that many of the plans are unsettled as of yet, but this is clearly a market that they plan on targeting soon.

Some Concerns and a Request for Help

The biggest concern I have is that, without an actual analysis, I can’t say exactly how comprehensive or accurate the matching is. The samples and demo I viewed were impressive, but how that translates into the real world is hard to say. So, while I am impressed, I am cautious as well.

Since I am not a visual artist and do not have a body of work to test the system with, I’m limited in what I can do. However, I am getting in touch with photoraphers and other artists I know to see they would be interested in having their work used for at least a limited test, mostly to give Corrigon feedback but also let me know how effective the system is.

If you think you might be a good candidate, namely a smaller artist with a large amount of reuse of their work, please let me know. I can not make any promises but would like to hear from you.

There’s little doubt that Corrigon shows a great deal of promise in this field. All that remains to be seen is how that promise translates to real-world application.

However, Corrigon is not the only company entering this market. Another is preparing to drop its prices and reach out more to individual blogers and artists with an improved technology.

I’ll have a write up on their efforts closer in to their launch.

The main thing is that, when you look at the bigger picture, you see services such as Tineye, C-Registry, Corrigon and others bringing image matching to the masses. This has a huge impact on how visual artists track their works and also works to mitigate the orphan works issue.

Hopefully we’ll soon be reaching a point where artists of all stripes can find their content as easily and as cheaply as writers do today. This will have a profound impact on both the protection of copyrighted images, but also in empowering the legal use of said images through proper licensing and a sheer understanding of how one’s works are used across the Web.

It will be a better world for artists, that much is certain.