One of my favorite projects on the Web regarding the DMCA is Chilling Effects. Though the project has not been updated much in recent months, I’ve always felt that the idea of publicizing DMCA notices and making them a matter of record not only is important in understanding the impact of the law, but in reducing the number of false notices.

However, having DMCA notices a matter of public record does create a problem that I had not previously considered. As my good friend and co-host of the Copyright 2.0 Show Patrick O’Keefe found out, it can actually hinder the takedown process.

Because, when the goal is to remove a link to a potentially infringing work, making that link public can only cause more problems down the road. 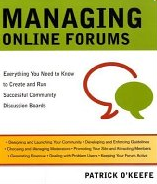 In early December, O’Keefe noticed that a copy of his book was being made available for illegal download and was promoted on at least one likely spam blog. The spammer, as part of his promotion effort had also submitted the article to Digg, which not only propelled it toward the top of Google’s results for the book, but risked it reaching the front page.

Patrick took action and filed a DMCA notice with Digg. Since Digg is an “information location tool” as described in the DMCA, Digg was obligated to remove the link under the law (or be held potentially liable for the infringement) and did so.

However, Digg, as is their right, submitted the notice to Chilling Effects and then linked tot he notice when it was posted. The only problem was that the posting on Chilling Effects came with the complete URL for the infringing site. Though it was not a “live” link, one could easily copy and paste it into their browser.

The end result of this was that instead of Digg linking to a page with the book for download, Digg now links to a page on Chilling Effects that has the full URL to the download page. Clearly, this doesn’t achieve the goal of the takedown nor does it do much to discourage spam from appearing on Digg. After all, the spammer is getting traffic from the site, just indirectly.

It’s clear that the system has broken down here, fortunately though, it should be pretty simple to fix.

Given Digg’s history with the DMCA, it is understandable that they would be uneasy about responding to notices and want to do everything they can to protect themselves, including using Chilling Effects. As I’ve said earlier, I am very fond of what Chilling Effects is trying to do and wish the site were updated more often.

The solution is fairly simple, since Chilling Effects already redacts large portions of the notices is posts, namely the private information of the filer, it makes sense to also remove all or part of the infringing URL. Though it is an important part of the notice, leaving it in negates the purpose of a section 512(d) takedown (information location tools) by simply redirecting the user to the allegedly infringing site.

This is true with all DMCA notices to social news and search engine sites, including Google.

As long as Chilling Effects posts the full URL, it will be very difficult for copyright holders to correctly apply the DMCA and it will likely hinder many hosts, search engines and news sites from submitting the notices they receive. After all, what is the point of them removing a link and submitting a notice when it will just result in the link being reposted, albeit in a roundabout way.

Simply put, there has to be some middle ground that can display enough information in the URL, without hindering the DMCA process.

I’ve written before about the need for greater DMCA transparency and I think that Chilling Effects can be a large part of the solution. Howver, being part of the solution means observing and reporting on the DMCA process, not hindering it, even by accident.

I certainly don’t feel that Chilling Effects is malicious in this nor do I think they did any serious harm in this case. In the end, O’Keefe was able to get the PDF file removed from the file server it was stored on through another DMCA process, thus ensuring that it couldn’t be downloaded even if the spam blog remained up, which it has.

Though this story has a happy ending, it does highlight a strange problem with the DMCA process when it is move into the public light.

Note: I contacted Wendy Seltzer, the project leader at Chilling Effects on 12/23/08 but have not heard back from her. I will update this post if I receive a response.