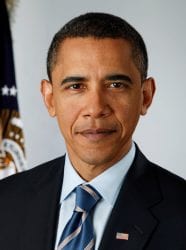 Typically, I am loathe to enter the world of plagiarism scandals as they are usually off-topic for this site and generally do no good to its readers.

However, over the past few days, the Obama plagiarism controversy has dominated my RSS reader with bloggers on both sides using it to attack and defend both candidates in the race.

So, rather than let the opportunity slide by, I thought it would be wise to take a look at the scandal, put it in some perspective and see what lessons bloggers and Webmasters could learn from it.

After all, even though we are not writing campaign speeches, we are putting our words in the most public forum in the world, the Web, and many of the same lessons apply. 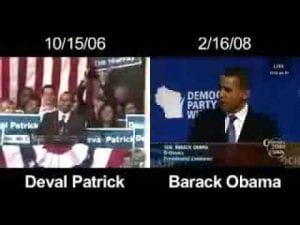 On February 16, Barack Obama gave a speech in Wisconsin where he answered allegations from his main political rival, Hillary Clinton, that all he had to offer was “just words”.

To answer the charge, he quoted a series of well-known speeches and documents from U.S. history, including those by Martin Luther King Jr, John F. Kennedy as well as the Declaration of Independence and asked if they were “Just Words”.

With hours, a clip emerged on YouTube (embedded below) that compared Obama’s speech to a 2006 speech by Massachusetts Governor Deval Patrick. In Patrick’s speech, he used many of the same quotes as well as very similar phrasing.

In all, the two clips are remarkably similar.

The Clinton campaign seized on this and accused Obama of plagiarism. Obama responded, saying that Patrick and himself are good friends and share ideas regularly. Even Patrick himself, the plagiarized party, has taken to national TV to defend Obama.

However, Obama has acknowledged that he should have given Patrick credit when speaking, saying that “He (Patrick) had suggested we use these lines. I thought they were good lines. I’m sure I should have. Didn’t this time.”

The story has grown to incredible proportions. Google News is reporting over 900 news references for “Obama Plagiarism”, including over 150 unique stories,

Perhaps unfortunate for the campaign, the story is not going away and Obama’s campaign has fired back, accusing Clinton of plagiarizing Obama’s speeches and catch-phrases.

It seems that the back and forth is poised to continue for some time to come.

Back in 2006, I wrote briefly about plagiarism accusations filed against Martin Luther King Jr. The conclusion I came to then was that, while the accusations were disconcerting, they were not a reason to abandon his legacy.

But it seems that, whenever there is a plagiarism accusation against a public figure, there is a tendency to take things to the extreme. Either the allegations don’t matter at all or they are completely discrediting to everything they have done.

The truth, as always, is somewhere in the middle.

The accusation against Obama is that he, with permission from the original author, took ideas from a speech and presented them as his own. Much of the material involved was quoted from previous speeches that are already well-known.

Should Obama have given credit to his friend? Yes. Does it reflect on his moral character that he didn’t? It is hard to say. It is easy when giving a speech to omit sections. The question is whether it was an honest mistake or an attempt to present the words as something they weren’t.

Given that Obama, by all accounts, had permission to use the verbiage before going up, the evidence leans to the “honest mistake” side. However, only Obama knows the complete truth.

What is clear, however, is that this issue is a distraction. Both sides are hurling plagiarism accusations while not talking about the critical issues of the day. They are smearing one another vigorously over stolen words while ignoring other, more important matters.

Part of the problem is that politicians, for better or worse, are not generally held to the same standard as authors, researchers and artists. Most people realize that the words from a politician are not wholly their own. They have speechwriters, image consultants and others working behind the scenes to help them craft the right message.

Does this excuse plagiarism? Not in the least. But it does show that plagiarism accusations in politics are, generally, purely political attacks, especially when they are as questionably grounded as this one. I feel that this not only belittles the issues that are being ignored, but also plagiarism itself.

After all, how can lay people take plagiarism seriously when politicians use it as little more than a means to attack each other’s reputation.

Sadly, both camps are guilty of that at this point.

While I would want to know if a candidate were guilty of widespread and deliberate plagiarism, making a large deal out of permitted plagiarism of a few sentences, especially when the lack of attribution could have been accidental, does no one any good.

So what can Webmasters and bloggers learn from this scandal? Well, many of the lessons will be familiar to anyone who reads this site, but they are worth repeating.

In the end, it comes down to the same tried and true system of always attributing any content that you use, no matter how small, and always showing respect for the words of others, even if you have permission to use them.

Though this is much easier to do in print than in a speech. It is even more important as the words we write are more easily searched and parsed than the words we say.

Having seen so much plagiarism over the past six years of my life, the Obama scandal certainly seems to be on the more minor end of the spectrum. Especially when compared to the Joseph Biden scandal from the late 80s, the use of a few short sentences, with permission from the original author, seems almost petty.

This isn’t to say that Obama is excused for his actions, just that there are clearly bigger fish to fry. The exposure by the Clinton campaign seems to be motivated solely by politics, as is Obama’s counter-attack and that belittles both the ongoing issues and the nature of plagiarism itself.

Though I am clearly against plagiarism and have no sharp political opinions about Obama or Clinton, I think the nation, and indeed the world, would be better served if the issue were dropped in favor of the topics that matter more in the election.

Furthermore, the excitement over this case can be seen by some as a slap in the face. With so many authors and artists struggling with widespread and unwelcome plagiarism, all of the attention on a case of incidental and permitted reuse is almost insulting.

No matter what you think of Obama or his actions, there are clearly worse copycats out there and many others far more deserving of the title “plagiarist”.